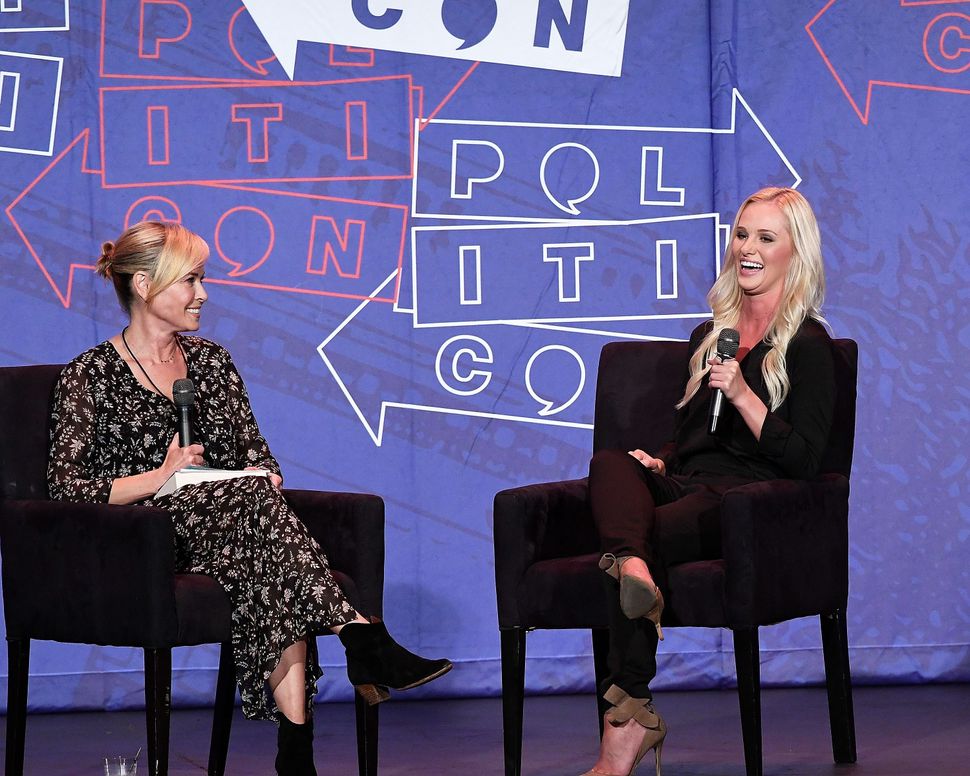 If God has a sense of humor, it surely involves a deep appreciation for irony.

At the highly anticipated PolitiCon debate between deceptively good-looking nutjob Tomi Lahren and female deviant Chelsea Handler, Lahren admitted that she, a 24-year-old child who hates poor people, is still on her parents’ insurance plan.

In other words: Tomi Lahren would not be able to afford the teeth cleanings that keeps her choppers so freakishly white without #Obamacare.

The audience erupted in boos when Lahren, who is technically unemployed, shared with Handler her current insurance status — but Lahren was seemingly unperturbed.

“Most Republicans, most conservatives, most Trump supporters don’t believe that every single tenant of Obamacare is bad,” said Lahren in response to the audience’s audible vitriol. She later tweeted out this same defense.

Y’all realize BOTH the house and senate health bills included that provision as well… https://t.co/PDLXb9ahj2

Lahren isn’t wrong when she says the Republican-built ACHA did have an under 26 provision, but the hypocrisy is nevertheless blatant, especially considering the number of unemployed 24-year-old’s out there whose parents don’t have any health insurance for them to be on.

Oh, I’m sorry, Tomi — what’s that you were saying about a “meritocracy”?