Web Searches For Suicide Soared After ’13 Reasons Why’, According To New Research 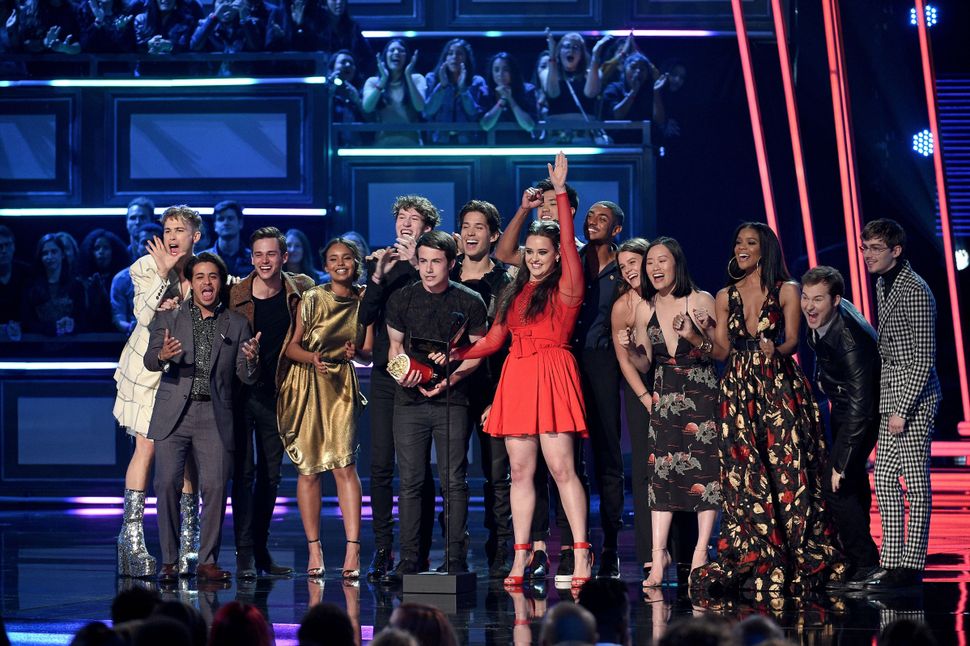 Do storytellers have a responsibility for their audience’s well-being?

This debate has raged with the recent realization by Hollywood studios that depictions of stigmatized topics (suicide, eating disorders, sexual assault, to name a few) are a lightning rod both for viewers and controversy. Detractors of such productions received some hard evidence to support their claims this week, in the form of a new study that announces that online searches, including the word “suicide” and specifically “suicide instructions”, rose dramatically in the aftermath of the Netflix release of the show “13 Reasons Why”.

“13 Reasons Why”, based on the novel of the same name by Jewish writer Jay Asher, serializes the discovery of suicide notes left behind by a teen girl intended for 13 of her peers—her “reasons why”. The series was billed as a drama-mystery show and attracted generally positive reviews, an enormous, youthful viewership, and controversy. Despite suicide experts pleas for the show to be canned, it achieved unprecedented success on Netflix.

A study published in the Journal of the American Medical Association (JAMA) this week found that online searches involving suicide were cumulatively 19% higher in the 19 days following the show’s release.

According to researchers, searches for phrases like “suicide hotline number” and “suicide prevention” rose 21 and 23%, respectively.

However, searches like “how to kill yourself” rose nine percent, while “commit suicide” increased by 18%, and “how to commit suicide” went up by 26%.

Ultimately, the researchers wrote that, “‘13 Reasons Why’ elevated suicide awareness, but it is concerning that searches indicating suicidal ideation also rose.”

The research did not show whether or not the number of actual suicides changed after the show premiered, but noted that “suicide search trends are correlated with actual suicides”.

It’s hard to imagine signing a petition to ask Sylvia Plath to shelve “The Bell Jar” for fear of inspiring her readers to take their own lives. But what about if a work of art is targeted almost entirely at young people? What if we live in times when we have hard data about the effects of graphic portrayals of suicide? What if the art is not exactly art, but rather a form of entertainment created by a massive studio focused on the bottom line?

The wild success of the Netflix-produced “13 Reasons Why” ensures a second season. Yorkey says this one is likely to focus on the devastating effects of sexual assault.

Hold on to your hats and your hotline numbers, folks.

If you or someone you know needs help you can reach the National Suicide Prevention Lifeline 24/7 for confidential support at 1-800-273-8255.

Jenny Singer is a writer for The Forward. You can reach her at Singer@forward.com or on Twitter @jeanvaljenny..

Web Searches For Suicide Soared After ’13 Reasons Why’, According To New Research