What Happens When You Quit Your Job At A Pizza Parlor To Open A Nicole Richie Pop-up Museum? 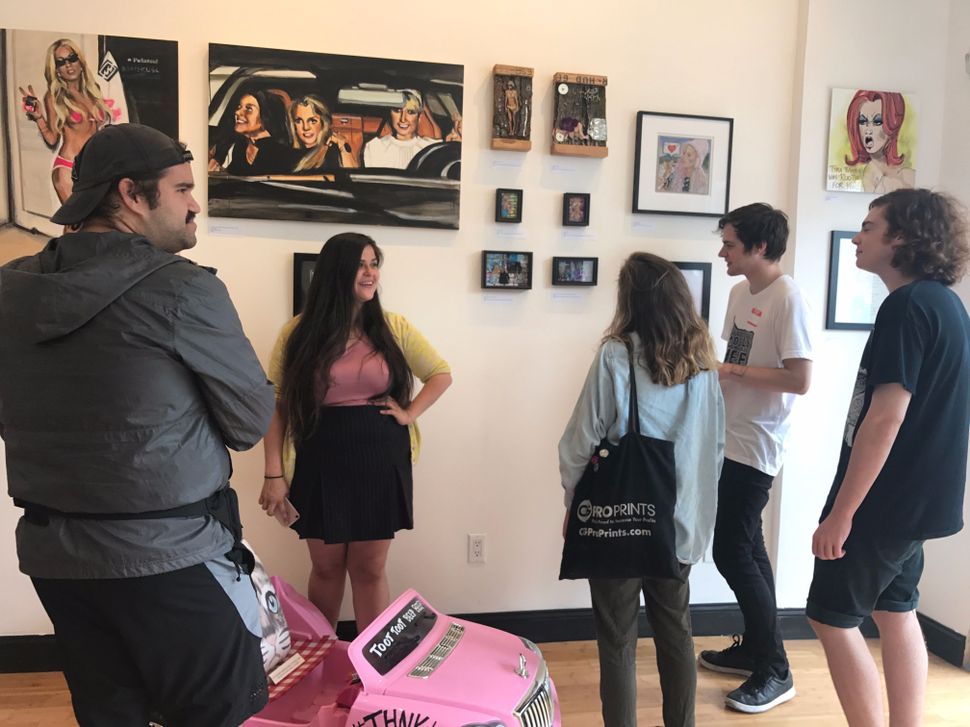 New York City is home to a bevy of thriving art scenes. There are the galleries of Chelsea, the jazz clubs of Harlem, the aspiring DJs of Williamsburg — and a pop-up museum dedicated to honoring the messy tabloid scandals of the early aughts in Bedford-Stuyvesant?

Matt Harkins and Viviana Olen are the masterminds behind the new THNK1994 Museum, located in the Bed-Stuy area of Brooklyn. The pair met at the Upright Citizens Brigade — the same New York City comedy school where Ilana Glazer and Abbi Jacobson first locked eyes — and quickly became fast friends. They promptly moved in together, discovered a shared love for reality television, and opened their first pop-up museum in their Williamsburg apartment. The featured exhibit? A comprehensive look at the scandal that would forever mark Tonya Harding as ice-skating’s most ruthless villain. The exhibit quickly went viral, and #THNK1994 became something of an internet sensation.

Fast-forward several years, and Harkins and Olen have turned pop culture pop-up museums, a side-hustle, into their main gig. They signed the lease on a space in Bed-Stuy, quit their jobs at a pizza parlor and opened the doors to the most legitimate exhibit yet: “Nicole Richie’s 2007 Memorial Day BBQ.”

As the foremost pop culture art critics of our time, we Schmooze babes, Jenny Singer and Becky Scott, had to see for ourselves what all the fuss was about.

WHAT DID WE THINK OF THE POP-UP EXHIBITION?

BECKY As soon as I stepped into this exhibit, I felt that I was among my people. Here were two young curators, both of whom had gotten their start in comedy, who were remembering a part of history that is rarely considered as worthy of remembering. The consumption of celebrity scandal is such a massive part of our country’s shared history, so I love seeing it carefully preserved.

JENNY I adore the art of making high art of low culture. I felt like that was not achieved here. Where I wanted to see celebrity culture exulted — and thus critiqued — I instead saw the bedroom of a middle-class, middle school sociopath in the TigerBeat era. Disappointing.

BECKY The art itself wasn’t important to me. To me, it was much more about the concept behind the art rather than the execution. I don’t think the point of the exhibit was necessarily to show off the ability of the artist (in this case, most of the art was by artist Laura Collins) so much as it was to present pop culture as something that isn’t transient.

JENNY I liked the art well enough — particularly the “Adderall Glow Sculpture” by Miriam Carothers. And I loved the oil paintings of celebrities in crisis — artistic renderings of images we usually see through the lens of TMZ cameras are clever. My issue was with the curation.

BECKY But these people were not curators, they were comedians.

JENNY
Comedians who decided to start an art gallery — but while a lot of the pieces were very clever, where the comedians had time to shine was in the layout and the descriptions of the art on the walls. And those were pretty sloppy and relied on blah internet-y humor. I think more people should abandon their careers to create alters to celebrity worship! Just make it good. 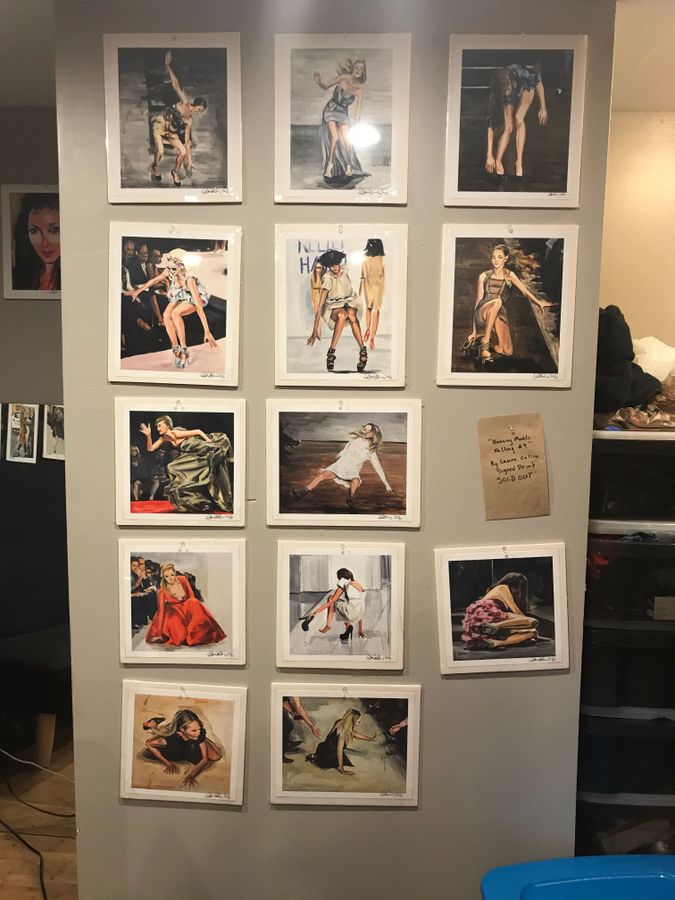 HOW DID WE FEEL ABOUT THE UPSTAIRS EXHIBIT DEVOTED TO TONYA HARDING AND NANCY KERRIGAN?

BECKY I liked it — I think that’s one of the greatest tabloid scandals of the modern age.

JENNY I liked what they did with Kerrigan/Harding, but, once again, it didn’t really interrogate the event or America’s obsession with it. And I took just the one semester of art history, but that does seem like a pretty reasonable expectation of an exhibit of this kind.

BECKY I don’t care for art. I know that as a pop culture writer, I’m not allowed to say that, but I grew up being shamed by my parents for not enjoying the Metropolitan Museum, and I’ve pretty comfortably rejected the shame by this point. This was a history museum to me, and I love history museums.

JENNY Sure, but then its job was to tell us stories through words and images. I don’t think it did that any more effectively or creatively than the Harding/Kerrigan Wikipedia page. It was extremely straightforward, kind of informative and not aesthetically pleasing. Isn’t what’s interesting about all of these events (Kerrigan/Harding, Winona Ryder’s kleptomania, Lindsay Lohan’s existence) our own fascination with them? I might as well have been reading a back issue of People, and I have the dentist’s office for that.

BECKY This exhibit could have been a trash fire and I still would’ve loved it. 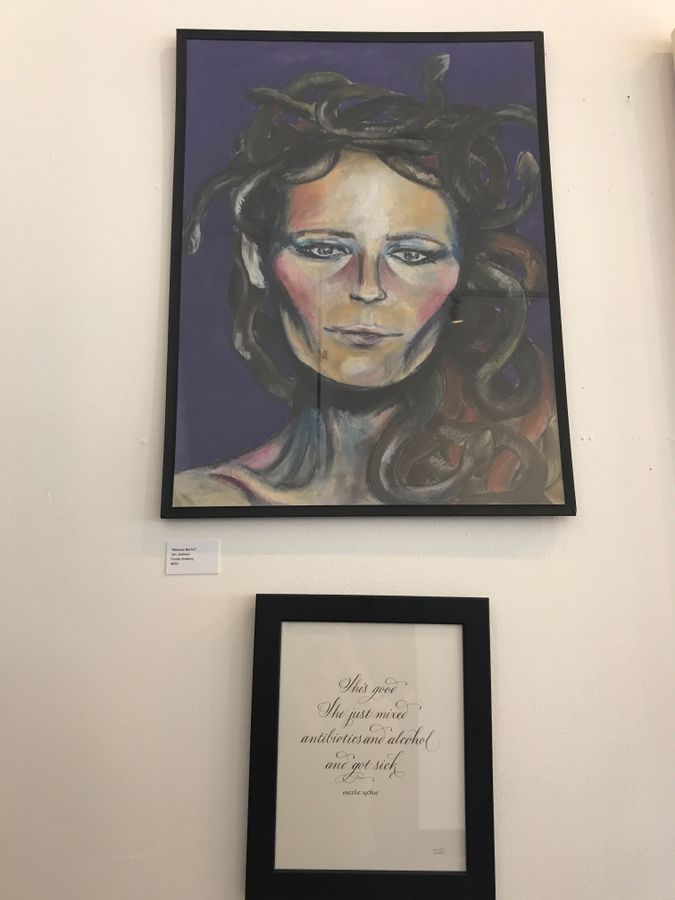 WHY WERE THERE ALMOST NO JEWS REPRESENTED HERE?

BECKY There was Winona Ryder and that was the extent of the Jewish presence at the museum. Also, one of the curator’s dads was Jewish but she didn’t seem to identify as an American Jew. Were there no Jewish people in that scene? Also, can we also talk about how grateful we are for Winona Ryder, nee Winona Laura Horowitz? I feel like Winona was superior to everyone else on the walls of that exhibit.

JENNY The women who really made that time period great — Lilo, Paris Hilton, Nicole Richie, Naomi Campbell, the Olsen twins — were famous for losing complete control of their images, probably because of intense pressure and lack of privacy. I’m not sure why none of them were Jewish, but I would guess that it’s a combination of the fact that even though Jews are massively overrepresented in entertainment, they aren’t that omnipresent, and maybe that many Jews are still raised with the expectation that it is not acceptable to be messy.

BECKY I think we might have to concede this one to the fact that life is full of unpredictable twists and turns, and sometimes that means not having any Jewish people in your close-knit Beverly Hills posse.

JENNY If we look at the major Jewish women acting in Hollywood today — Scarlett Johansson, Mila Kunis and Natalie Portman — they are known for class. Is that because Jews Are Classy, or is that because it’s a tiny sample size and it means nothing?

BECKY Great question. Also, I would argue that Winona Ryder fell from class. Can we think of a messy modern-day Jewish celeb? Shia LaBeouf is half-Jewish.

JENNY Well, that brings up another sort of trite but vital problem: Isn’t Shia LaBeouf allowed to be messy because he’s a man?

BECKY
Yes! The Schmooze has spoken on this — Shia LaBeouf would not have a career if he were a woman. He would also probably be dead if he were black and spoke to the cops like he does on a semi-regular basis.

JENNY We seem to love to watch them flounder because they are women.

BECKY I think we as a society need to create more space to talk and write about men the way we talk about women.

BECKY Do you think there’s space in the American psyche for “Real Househusbands”?

JENNY Yes I do. I love seeing men being as frivolous, insecure and shallow as women are always made out to be.

BECKY Men have a real knack and desire to fight with one another on an intellectually manipulative level.

JENNY This brings me back to the exhibition. Harding and Kerrigan, on the surface level, had a classic female rivalry. But in fact, Harding was in an abusive relationship with one of the men who committed the attack on Kerrigan, and there is no proof that she authorized it. I would have loved to see the exhibition go into more depth on those dynamics.

BECKY Yeah, the curators didn’t seem to be very interested in feminism. 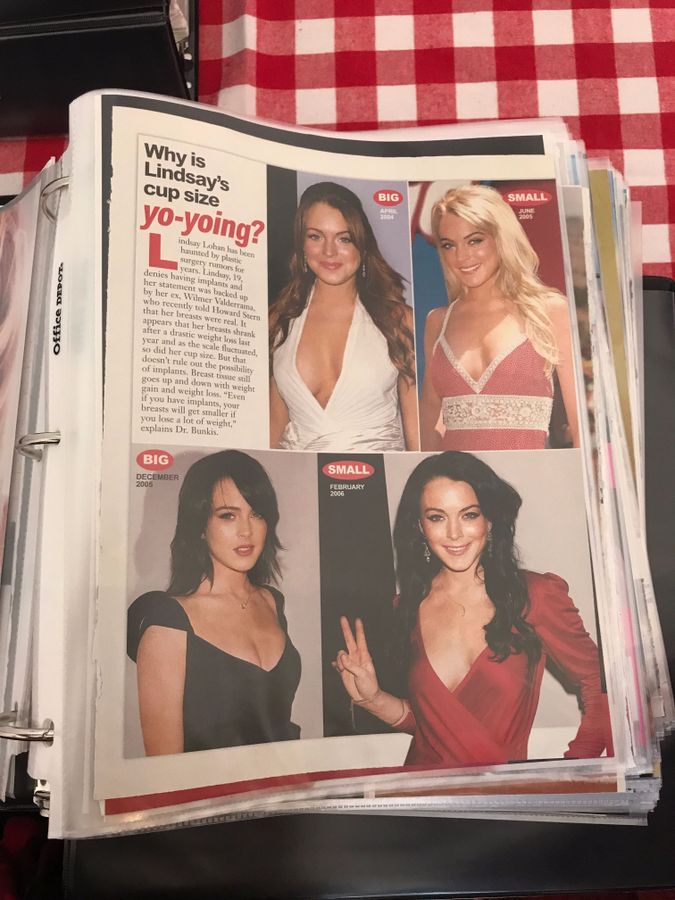 WAS THE MUSEUM SUBVERSIVE?

BECKY To me, it felt subversive because anytime someone claims the title of “museum” for material that society deems “frivolous” is an act of subversion. I think we can both agree on that, and we’re both sensitive to this kind of material being called frivolous.

JENNY It pains me to the bottom of my 21st-century, internet-savvy, liberal arts-literate soul to ask this, but: Was this supposed to be ironic or not?

BECKY No. This was definitely not a critique on the culture that created these stars and our worship of them. Irony is cheap. The new irony is complete and total sincerity. I think the curators were owning their love for this kind of stuff.

JENNY Okay, that’s fine, but then where was the whole-hearted, full-throated, We Love Pop Culture And We Don’t Care Who Knows attitude? I longed for the depth of celebrity appreciation I see even in BuzzFeed articles. They quit their jobs to love celebrities, but I didn’t see that love in the exhibition.

BECKY “They quit their jobs to love celebrities.” That was the full-throated bit.

JENNY Okay, it’s like if you quit your job to open a high-concept, artisanal gelato shop. But instead you buy a Mister Softee truck and fall asleep in the back of it. I felt like I had wandered into the back of their truck as they were waking up from a nap.

BECKY For me, there was no difference between this exhibit and a hall filled with Renaissance art, except I enjoy celebrities more than the Virgin Mary.

This exhibit is located at 1436 Atlantic Avenue in Brooklyn and will run through September 10.

What Happens When You Quit Your Job At A Pizza Parlor To Open A Nicole Richie Pop-up Museum?