“I was busy thinking ‘bout boys”, sings British pop-star Charli XCX on her new single, “Boys.” The song celebrates women whose healthy obsession with boys haunt their dreams and their every waking moments and cause them to miss important social events. But the song’s music video, brilliantly, turns the male gaze on men — or should we say boys — themselves.

In the video co-directed by Charli XCX, over 60 boys create a very specific kind of female fantasy. We see boys lying in beds of roses, bench pressing puppies, eating cereal, and soaping up dishes. We see boys removing their own milk mustaches with their own tongues. Boys warming themselves by the light of a banana-fueled bonfire (Boys Foster, anyone?) and boys writhing in the shower of sparks coming off a chainsaw. Boys lighting things on fire, and boys putting things that have been lit on fire in their mouths.

But best, a disproportionate number of these voluntary sex objects are J-E-Ws.

Here is the definitive list (to the best of our knowledge) of the Hot Jewish Boys in this video: 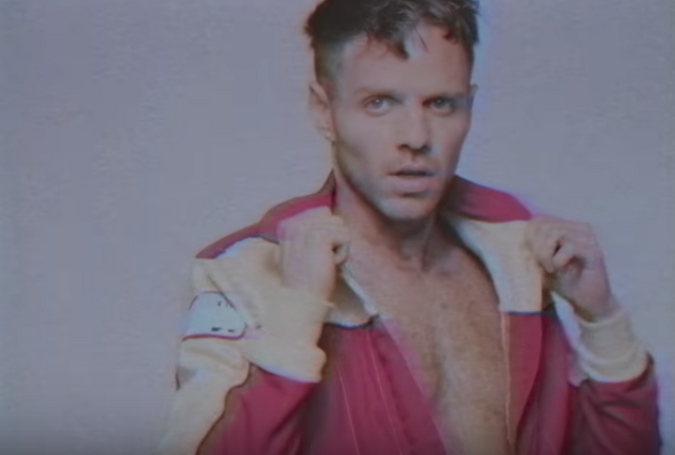 Max Hershenow Despite a careful search of the entire internet, we were unable to find definitive proof that MS MR frontman Max Hershenow is Jewish except for his name, Max Hershenow. But if this hot hot pair of cheekbones isn’t Jewish, we’ll eat our velour tracksuits. 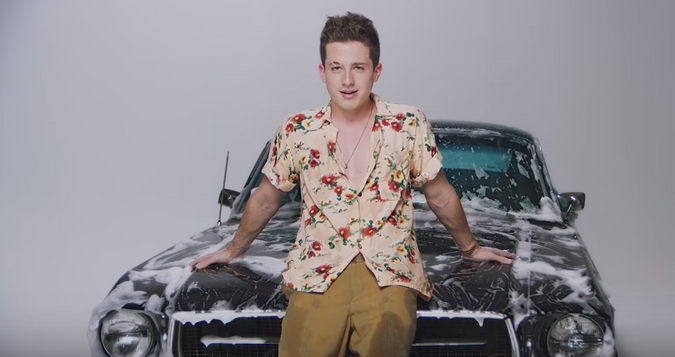 Charlie Puth Singer-songwriter Charlie Puth has the perfect brown hair of every Jewish woman’s dreams, and the facial dog bite scar of all of their nightmares. Here he leans against a soapy car in an unbuttoned floral shirt, as God intended. 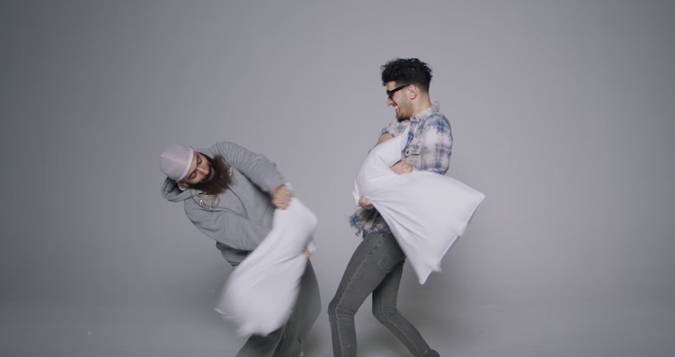 Chromeo Chromeo, Chromeo, wherefore art thou Chromeo? A band by any other name would not look this cool — the duo who call themselves “The only successful Arab/Jewish partnership since the dawn of human culture” (Rom & Jul could actually learn from them) dance in a shower of feathers like unrepentant characters in a classic Jewish folk tale, and it’s as hot as it sounds (very hot.) 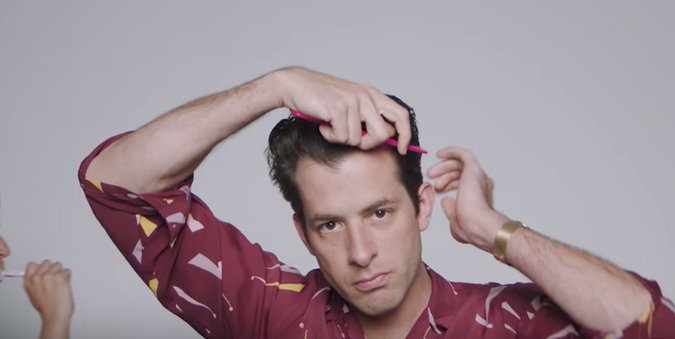 Mark Ronson Stroking his hair to perfection while returning the camera’s gaze, Mark Ronson proves that he is one of the great, under appreciated Jewish sex-symbols of our time.

Ezra Koenig Oh! To be the toothbrush making lazy circles in “Vampire Weekend” frontman Ezra Koenig’s mouth. Much like the biblical Ezra, Ezra Koenig will likely be considered by historians to be responsible for the continuity of the Jewish people. I mean, look at him. 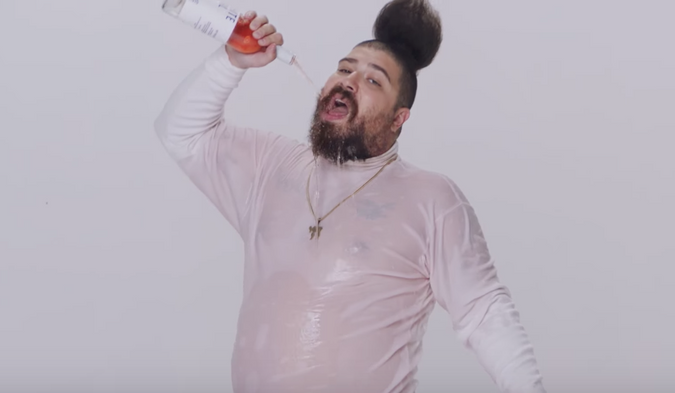 The Fat Jewish (Josh Ostrovsky) The Fat Jewish dousing himself with rose in a one-man wet t-shirt contest, as his chai necklace rests manfully (boyishly?) between his pectoral muscles is what dreams are made of. 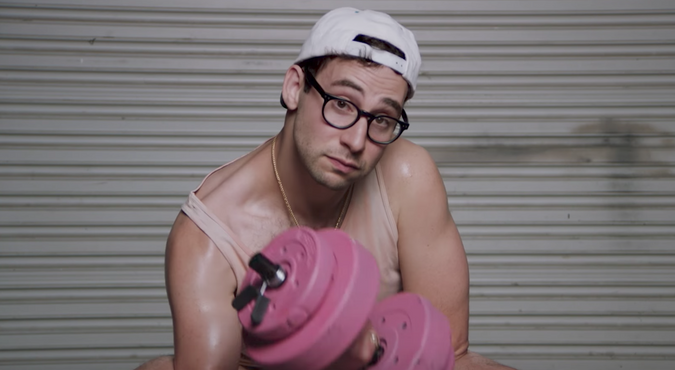 You can watch the music video in its full glory here:

Jenny Singer is a writer for The Forward. You can reach her at [email protected] or on Twitter @jeanvaljenny.