7 Reasons Why Kate Berlant Should Be Your New Favorite Comedian 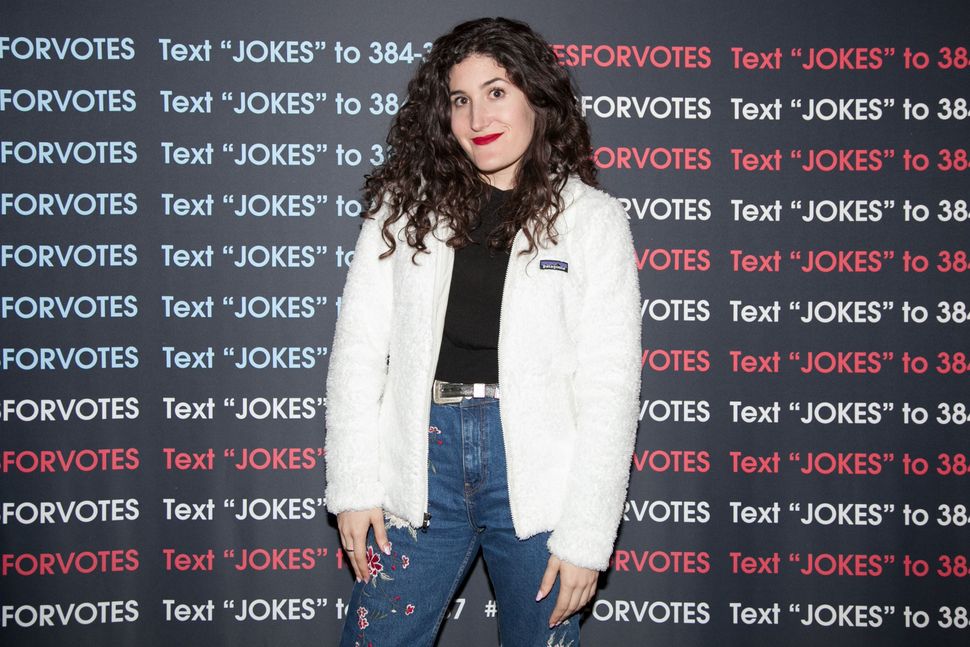 Kate Berlant, who once described her features as “violently Hasidic” in a New Yorker interview, is funny. She’s really, really funny. A long time fixture in the New York City comedy scene, Berlant is known for what you might call “academic satire” and performs alongside a peer group that includes Cole Escola of “Difficult People”, John Early of “Search Party”, and Jacqueline Novack of “How To Weep In Public.”

Why should you love her? We make the case below.

2.Because we’ll always have Paris.

3.She GETS that we need #national days to commemorate our favorite things.

Uh oh! Lights on for #nationallampday! Here’s to all the lamps brightening our lives & our buildings room by room! pic.twitter.com/CL83xSzxKa

Woohoo! It’s #nationaloutletday! Cheers to alllll the outlets out there doin’ what they do! They look like faces but they aren’t people! pic.twitter.com/0iCPeqgNDK

4.She appreciates her heritage.

I know I’m Jewish because the only thing I like more than seltzer is money?????

6.Her friendship with John Early.

7.She likes when babies wear necklaces.

7 Reasons Why Kate Berlant Should Be Your New Favorite Comedian