The Secret Jewish History Of The Blowout 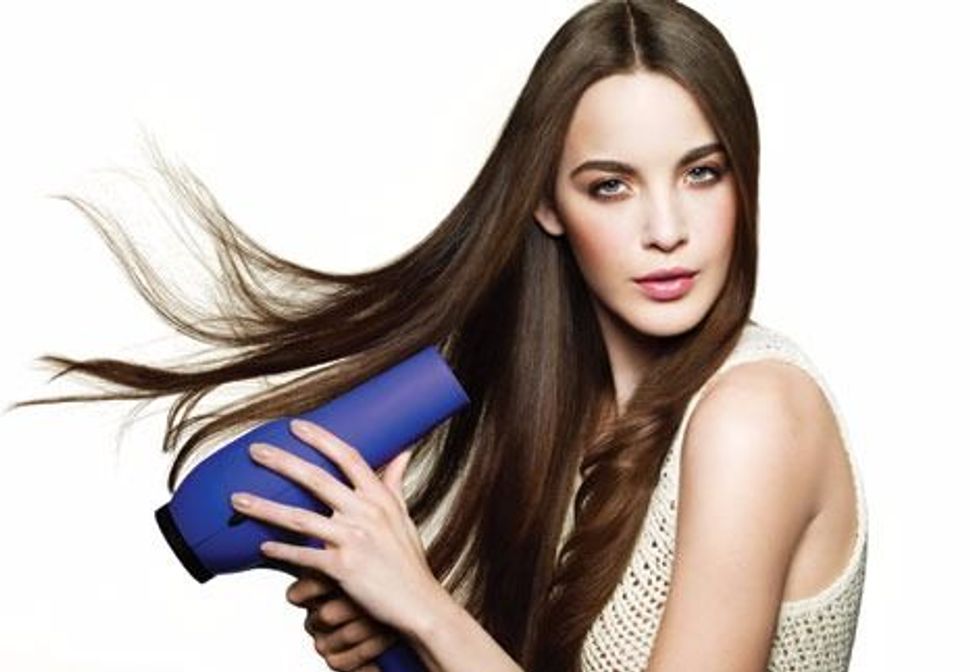 If a Bat Mitzvah is the definitive marker of becoming a woman, a girl’s first blowout surely deserves second place. Blowouts give you an excuse to feel beautiful, an excuse to go out, and an excuse to put off showering for more days than is probably appropriate.

For this, we have Rose Cannen to thank. The 90-year-old Jewish woman is credited with having invented the blowout in the 1960s at the London salon Evansky’s.

In an interview with W Magazine, Cannen said, “I hated straightening hair. And I remembered something that had happened a few days before. I’d been wandering past this barbershop on Brook Street around the corner from our salon in North Audley Street, and I saw the barber drying the front of a man’s hair with a brush and a handheld dryer. And I thought, ‘why not for women?’.”

When Lady Clare Rendlesham, the editor of Vogue at the time, discovered Cannen’s ingenuity, she wasted no time in spreading the word about the new “blow-wave.” Fast forward 50 years and, rumor has it, you can’t step foot into Anna Wintour’s office without blown out hair, lest you’re willing to risk excommunication from the fashion world entirely.

So, the next time you’re at a salon getting a blowout, take a moment of grateful silence for Rose Cannen — and another for the poor barber who had no idea that his innovative method of drying men’s hair would go on to make millions of dollars he would never see.

The Secret Jewish History Of The Blowout