Larry King Wants To Ask O.J. Simpson How The Food Was In Prison 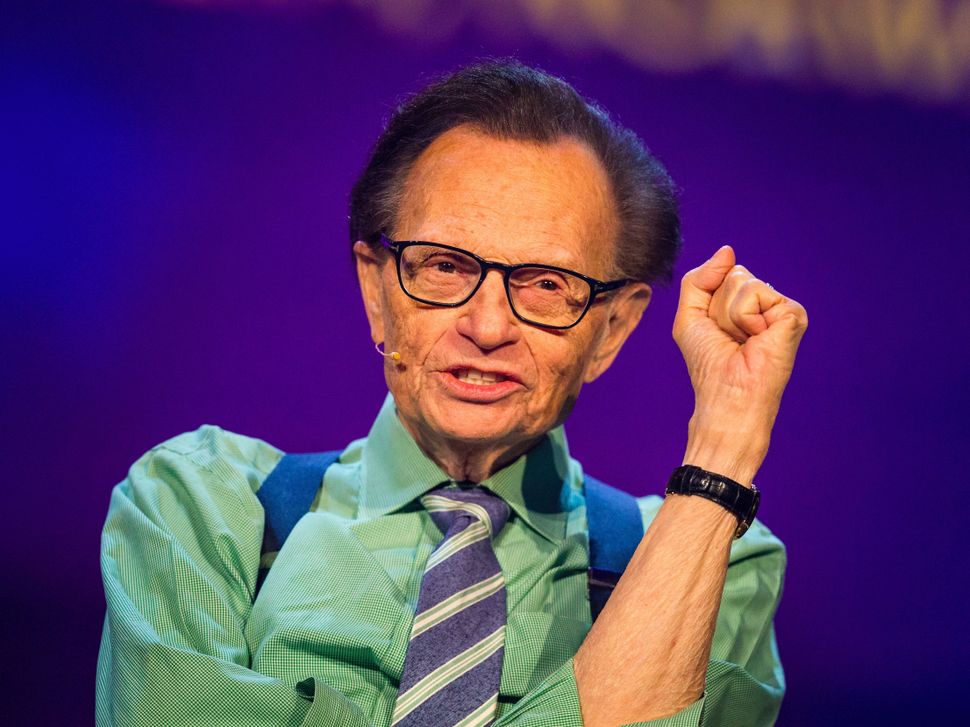 O.J. Simpson is almost a free man and that means one thing above all – the media hounds are once again free to pursue him relentlessly. Whoever snags that first precious interview with the man who “didn’t do it,” will be plentifully rewarded with great ratings and the pleasure of sitting across from someone who almost definitely killed his second wife (but that’s beside the point).

There’s one man who thinks he’d be perfect for the job. Larry King, who played himself in “The People v. O. J. Simpson: American Crime Story” says he would scramble for the chance to be the first to speak to Simpson. In an interview with TMZ, King said, “What was the warden like? How is the food? What’s life like in captivity?” when asked what he wanted to know about Simpson’s stint in the clinker.

King’s response comes following that of Les Moonves of CBS who told TMZ that he had absolutely no interest in speaking to Simpson.

King may be a tiny, adorable, little old man but he’s not quite ready to tap out of the game just yet.

Larry King Wants To Ask O.J. Simpson How The Food Was In Prison