69 Percent of Teenage Girls Now Identify As Feminist — But Do They Know What It Means? 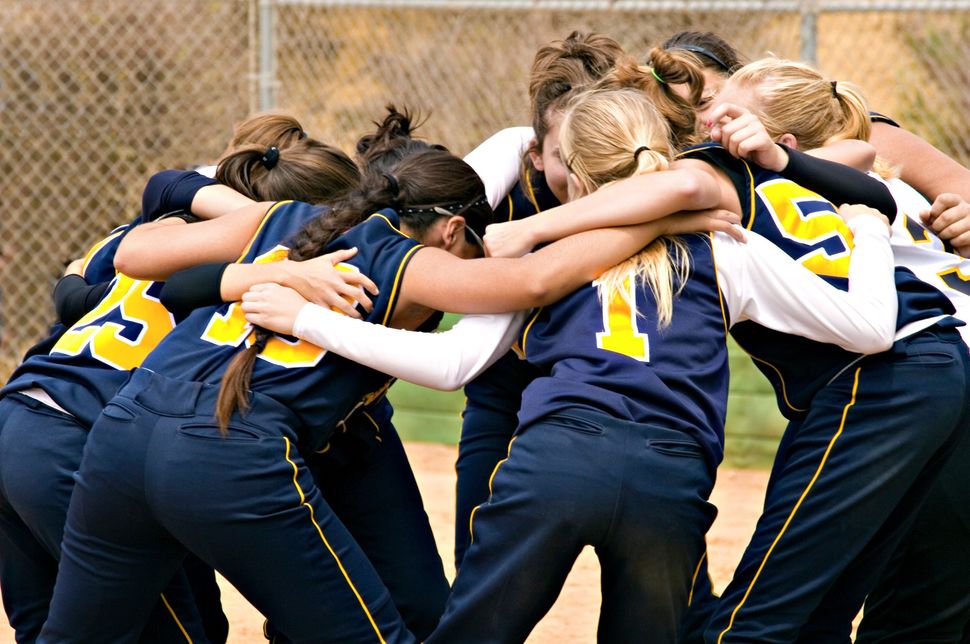 Teenage girls are arbiters of cool. They predicted The Beatles. They are the earliest and keenest adapters to new technology. They vastly surpass boys in college attendance numbers and have since the 1970s. They are consistently on the forefront of advances in fashion, fitness, and popular culture. Full industries rise and fall at their whims. They are quite literally the future.

And now the majority of teenage girls have rejected the idea that demanding human rights is uncool.

A new survey of 2,000 British teens over the age of 13 has confirmed the inevitable: more and more young women are willing to identify as feminists.

The survey found that identification with the term “feminist” directly negatively correlated to age, with 54% of 18-24 year-old women embracing the term, followed by 44% of 25-34 year-olds, and 36% of women aged 55 and older.

Age may be just a number, but 69% is a number too large to ignore.

A similar American survey with a smaller sample size conducted by The Washington Post in January that did not interview girls under the age of 18 found that 63% of women age 18-34 identify as feminist, with the number peaking at 68% with 58-64 year-olds and declining to 58% with women over the age of 65.

The only hitch in the trend that otherwise seems to position girls and women to seize hold of that which was always their birthright: with young girls, more than any other group, influencers have worked to dilute the word “feminist.” Actress Emma Watson, arguably the most high-profile feminist in the world, has many times expressed the following sentiment:

If you stand for equality, then you’re a feminist. Sorry to tell you.

Taylor Swift, one of the world’s most influential women, has explained her late journey to identifying as a feminist, saying, “As a teenager, I didn’t understand that saying you’re a feminist is just saying that you hope women and men will have equal rights and equal opportunities.

Both Watson and Swift’s quotes suggest a troubling truth: that in exchange for higher numbers of young feminists we have traded on the integrity of the concept itself. Claiming to believe in human rights while refusing to identify as a person who believes women should have them doesn’t make you a feminist, it makes you a sexist. Using well-intentioned rhetoric to cover up that painful reality only serves to make the feminist movement less effective. And despite the concessions Swift had to make so that feminism could be more palatable to herself, feminism isn’t “hoping” that something will happen, it is believing that it must.

Luckily, major Jewish stars have been much more vehement that feminism is not a benign, intrinsic state, but rather a valuable belief system and social movement.

Unofficial Queen of the Jews Natalie Portman gave a nuanced reading of feminism to Elle that explodes the idea that, to be feminist, women have to embrace traditionally male tendencies towards violence. Actress and scientist Mayim Bialik has dug deep into the subconscious patriarchal linguistics that lead people to refer to women as “girls” in a viral video. And here at the Forward, we know expletive loving joker Andy Samberg for what he really is: the world’s “first Jewish feminist male comedian.”

Teenage girls are nobody’s fool and everybody’s future. The louder the Jewish community’s voice can be in support of them, the more they can rise.

So burn your bra or buy a cute new one — feminism isn’t a dirty word anymore. It’s a rallying cry.

69 Percent of Teenage Girls Now Identify As Feminist — But Do They Know What It Means?