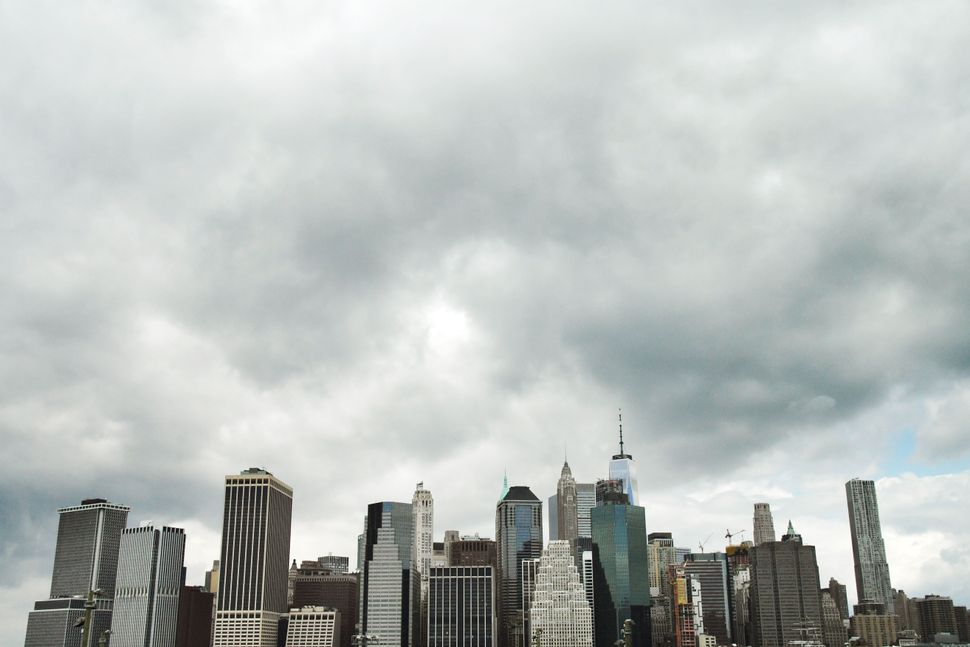 Jeremiah Moss does not identify as an activist. He doesn’t like community organizing, he’s not a team player, he can’t sit in a meeting, and for the life of him, he just can’t keep all the names of the people on the City Council straight.But for someone who eschews the title, Moss sure is busy trying to save his beloved New York City.

In his recently released book “Vanishing New York City: How a Great City Lost Its Soul,”(HarperCollins, 2017) Moss opines the loss of New York City’s once thriving uniqueness. He argues that New York City is in the midst of a full-blown devolution into a chainstore wasteland, its values purged at the hands of sociopathic neoliberalism.

I met Moss at Eisenberg’s, an old Jewish restaurant in the Flatiron district that’s been here since the beginning of the 20th century. Having recently read his superb book from cover to cover, I couldn’t help but notice the chain stores that surrounded Eisenberg’s: T-Mobile, Duane Reade, McDonald’s, all ticking time bomb reminders that this small, family-owned restaurant’s real estate is far from safe.

“I didn’t want to write this book,” said Moss, who was pursued by publishers looking to make a book out of his viral blog of the same name. “But, after a year of putting it off, I accepted that this is what people wanted from me right now.”

Initially, publishers were interested in a book version of his blog, with big pictures of small businesses that had shuttered next to tiny vignettes detailing their history and demise. But if Moss was going to give the people what they want, he made it clear that he was going to do it his way.

“That felt to me like it would have been an empty, nostalgic project,” said Moss. “I wanted to write the story of how we got to where we are.”

The story of how we got to where we are, as Moss tells it, is an us versus them affair. He pits the corporations, the government, and the developers against the poor people, the immigrants, the LGBTQ community, and anyone who moved to New York City in order to escape the crushing blandness of suburban life.

It’s hard to pinpoint where Jewish communities fall on the spectrum of persecuted others when it comes to our changing New York City. They are often lumped in as white in census studies and birth rates in New York City Hasidic communities mean the population at large is steadily growing.

But Jewish communities and small businesses have not been immune to the hyper-gentrification that Moss says is a consequence of a political and economic system characterized by greed and apathy. In July, the JTA reported that there will soon be only one Judaica store left in all of Manhattan. Small, family-owned Jewish restaurants like the one where Moss and I met face rising rents and a dwindling patronage as New York City newcomers choose the familiarity of chain restaurants. Even the Forward fell victim to the Lower East Side real estate boom of the 90s.

As Moss writes, “… the building that had housed the socialist Jewish Daily Forward was converted into high-end condo lofts. With its bas-reliefs of Karl Marx and Friedrich Engels over the entrance, the Forward building filled with supermodels and celebrities. Apartments went for $15,000 a month.”

But there is still the question of privilege. While hundreds of thousands of Jews fleeing religious persecution in Europe had to struggle to build new lives in New York City, their children have been able to access the white privilege that makes the American dream so much easier to come by. Hispanic immigrant communities and black communities that have been in the United States for hundreds of years have had it much, much harder.

Moss has a mostly white audience. His interaction with his followers is mainly confined to the Facebook page of his “Vanishing New York City” blog but he has noticed that whenever he posts an article about how hyper-gentrification is affecting a community of color in, for example, Bushwick or Bedstuy, there is often radio silence.

“It will either be complete crickets or someone will make a thinly veiled racist comment saying that that neighborhood should be cleaned up anyway,” said Moss. “But if I post an article that talks about a white neighborhood facing small business closures or rent increases, there will be 50 angry comments in support of that neighborhood within an hour.”

This racism was thrown into high relief at Moss’ book launch event, which I attended. Held at Housing Works in Soho, a Hispanic gentleman stood up during the Q&A to point out the mostly white audience and to ask Moss what he was doing to reach people of color in this battle for the soul of New York City. Almost immediately, boo’s rang out from the crowd.

“I haven’t been able to stop thinking about that moment,” said Moss. “And it made me think that maybe I have to be doing more on my blog to tie in the history of racism in city policy.”

That’s because, Moss says, corporations and real estate developers want to see New Yorkers fighting among themselves rather than fighting against a system that favors government interference, as long as it’s on behalf of the wealthy. It’s all well and good for white New Yorkers to rally behind neighborhoods full of people that look like them but until they rally behind communities of color as well, the movement to defeat the high-speed development of New York City and ruthless displacement of people who call it home for will be weak.

“Neoliberalism is destroying the world,” Moss said. “But I wouldn’t have written this book if I didn’t have hope.”

At the end of the day, Moss is just a boy standing in front of a city asking it to make room for the people who love it most.

And for God’s sake, to please leave Katz deli alone.