A Broadway Extravaganza And More To Read, Watch And Do This Weekend 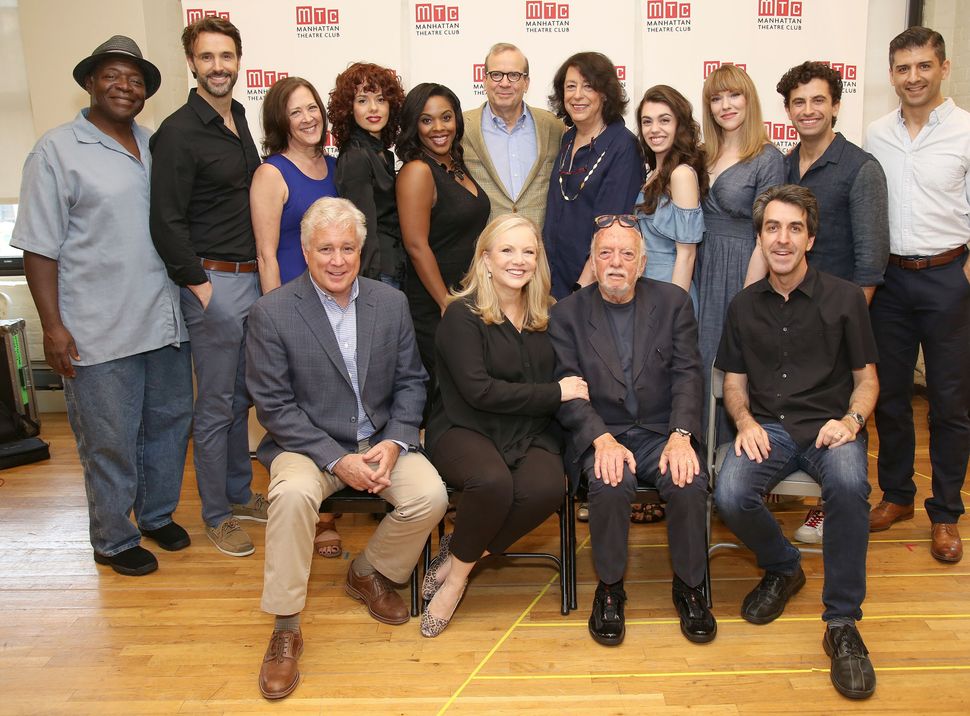 Welcome to your weekend! You may be tempted to spend it panicking over potential war with North Korea, but let’s face it: There’s not a ton you can do about that. Instead, enjoy summer before it turns into nuclear winter — gulp — with the Forward’s best weekend culture picks.

Broadway wouldn’t be Broadway without Harold Prince, who produced and directed some of the 20th century’s greatest musicals, including “West Side Story,” “Sweeney Todd,” and “Fiddler on the Roof.” Now, see his legacy in song, dance and drama with “Prince of Broadway,” a Broadway revue of Prince’s many hits directed by Prince himself. If you’re up for the eerie and horrifying, catch one of two David Cronenberg films screened as part of MoMA’s series “Future Imperfect: The Uncanny in Science Fiction.” 1975’s “Shivers (aka They Came From Within)” and 1983’s “Videodrome.” Both screen on Saturday. And Sunday, head to opening night of the Battery Dance Festival for a free performance by groups including Jannis Brenner and Dancers.

The films included in the Washington Jewish Film Festival’s “For Your Consideration” slate, include a showcase of films submitted for the Best Foreign Language Film Oscar. This weekend’s screenings include Poland’s “Afterimage” and Yemen’s “I Am Nojoom, Age 10 and Divorced.” For something completely different, attend one of the last performances of Synetic Theater’s Irina Tsikurishvili-choreographed “The Mark of Cain.”

If you haven’t yet seen it, don’t miss “Along the Lines: Selected Drawings by Saul Steinberg” at the Art Institute of Chicago. If you’re in the mood to laugh, spend Saturday evening at a performance by comedian Robert Klein at the North Shore Center for the Performing Arts in Skokie, and if you’re in the mood to just let it go — sorry, sorry — spend the evening with singer Idina Menzel of “Frozen” and “Wicked” fame at the Chicago Theatre.

Absorb a blast from the theatrical past with one of two offerings: Betty Comden, Adolph Green and Cy Coleman’s musical “On the 20th Century” at Pan Andreas Theater, or Neil Simon’s “The Gingerbread Lady” at the Westchester Playhouse.

Recent releases of note include Ellen Ullman’s memoir “Life in Code: A Personal History of Technology,” “Funny or Die” writer Nate Dern’s collection of essays and stories “Not Quite a Genius,”, and Adam Sternbergh’s thriller “The Blinds.” As a longtime lover of ultimate frisbee, I’ve set my sights on David Gessner’s memoir “Ultimate Glory: Frisbee, Obsession, and My Wild Youth,” released early this summer. And if you’re interested in how social media has affected the way we consumer culture, I’d recommend Kat Rosenfield’s examination of “The Toxic Drama on YA Twitter,” published by Vulture earlier this week.

The Safdie brothers’ new film “Good Time” is getting good hype, especially for a purportedly impressive turn by star Robert Pattinson. And if you have a passion for social justice, don’t miss the documentary “Whose Streets,” a reflection on the upheaval in Ferguson following the police killing of 18-year-old Michael Brown three years after his death.

A Broadway Extravaganza And More To Read, Watch And Do This Weekend