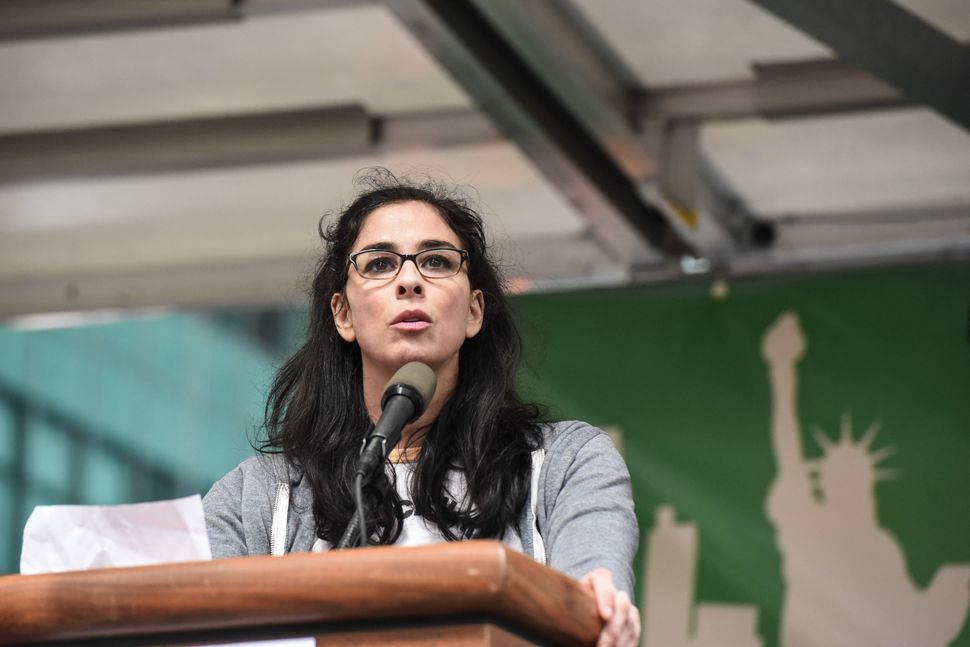 Jews are well familiar with the anti-Semitic myths that can be traced back to medieval Europe. Jews were often portrayed in medieval literature as “satanic consorts,” enemies of Christianity whose outsides often resembled their purported insides.

Today, the knowledge that Jews do not, in fact, possess “cloven hooves and tails” is widespread. But just in case someone out there isn’t quite sure, Sarah Silverman is here to further dispel the myth.

That’s not a horn and those aren’t bangs. It’s just Jew hair- it grows straight out and then stops. pic.twitter.com/bVsc4ht30K

The comedian took to Twitter, as she does, to explain that it’s not horns! It’s just Jew hair!

At least one person was quick to confirm that, yes, in fact, it’s not horns, it’s just Jew hair.

I feel your pain pic.twitter.com/IZJZoWVNe0

The tweet also sparked a lot of ancestral reconsideration.

this is my life & i didn’t even know i was part jewish until a couple years ago. (btw, waiting on my ancestry results to see JUST how jewy)

Wait, I have that too but am to my knowledge not Jewish. Apparently I have some family members to question. Can I have a bat mitzvah at 42?

So that’s what it is ? Well then I must have a little running through my veins. That hair issue plagued me my whole life. ?????

Maybe 23andMe should hire Silverman as a celebrity spokesperson.