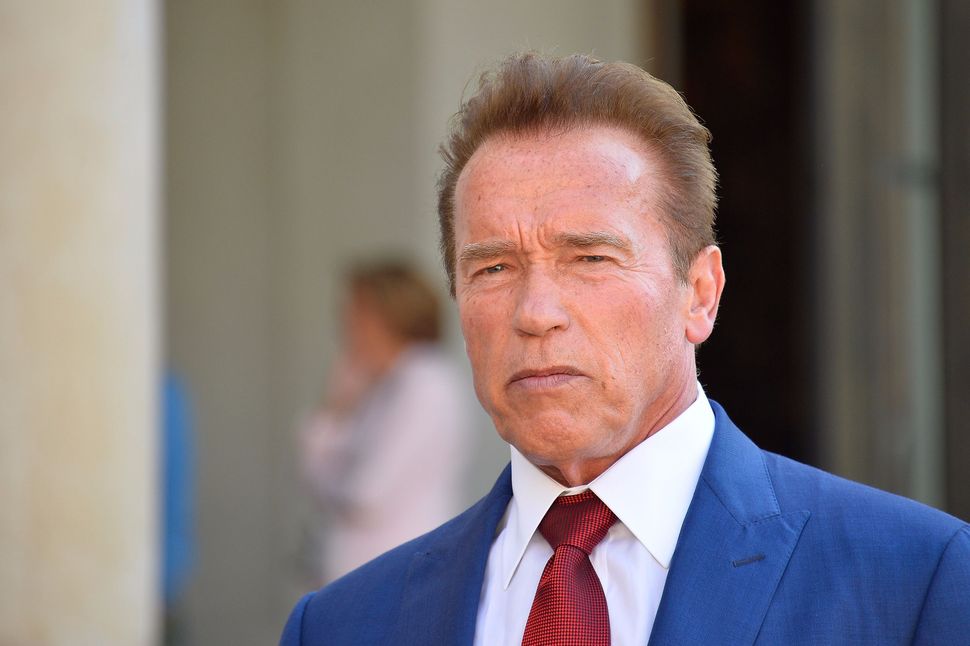 The chorus of voices joining together across America to condemn white nationalists and neo-Nazis has reached a cacophonous level. It seems that everybody and their Republican grandma is coming out of the woodwork to tell Donald Trump “you’re drunk, go home.” But among these, one voice stands out above the noise — the voice of none other than the man who brought us both the Terminator and the final season of “Celebrity Apprentice.”

Arnold Schwarzenegger recorded a 3 1/2 minute video of himself responding to the Charlottesville, Virginia white supremacist rally that took place last weekend. In the perfect, scathing video, Schwarzenegger not only scolds Trump for failing to issue a halfway decent indictment of Naziism, he takes it upon himself to write the speech Trump should have given — and which, Schwarzenegger confirms, he’s free to use should he ever come to his senses about whether or not Nazis are bad.

.@Schwarzenegger has a blunt message for Nazis. pic.twitter.com/HAbnejahtl

“Let me help you write the speech a little bit,” says Schwarzenegger in the video. “As president of the United States of America and as a Republican, I reject the support of white supremacists. The country that defeated Hitler’s armies is no place for Nazi flags. The party of Lincoln won’t stand with those who carry the battle flag of the failed Confederacy.”

“Was that so difficult?” Schwarzenegger then asks a bobblehead doll of America’s 45th president. “See, I told you!”

Schwarzenegger also gets real about his childhood in Austria.

“Growing up, I was surrounded by broken men,” says Schwarzenegger. “Men who came home from the war filled with shrapnel and guilt, men who were misled by a losing ideology. And I can tell you, these ghosts that you idolize spent the rest of their lives living in shame.”

English is not Arnold Schwarzenegger’s first language but my God does he seem to have a better grasp of it than our American-born president.