Does The Cast Of ‘Jersey Shore’ Think Seth Rogen Made Up The Term ‘DTF’? 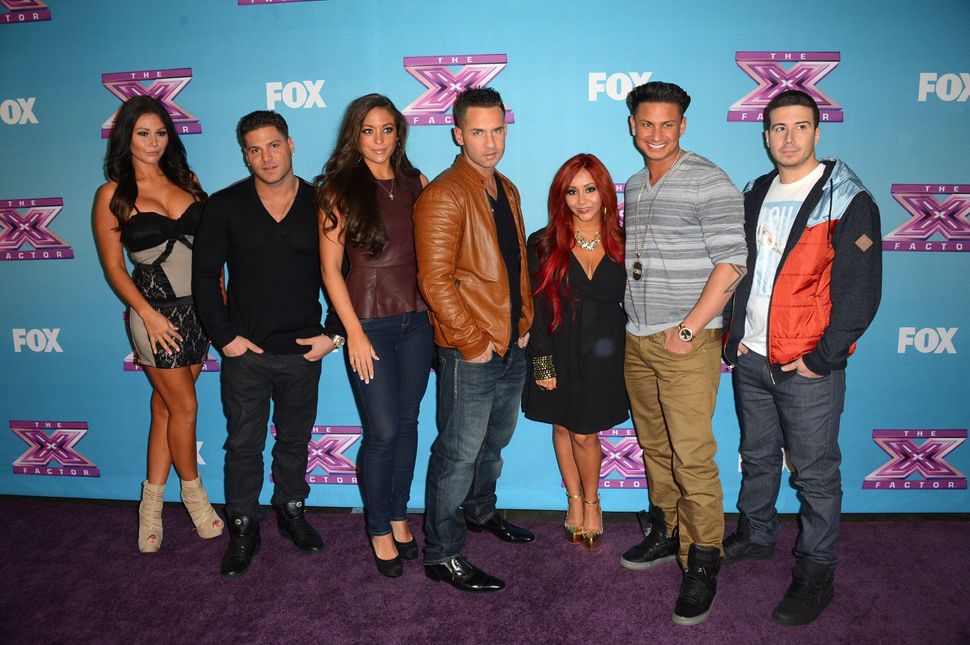 In honor of the 10th anniversary of “Superbad,” the teen sex comedy that you could only appreciate prior to taking Gender And Women’s Studies 101 in college, Seth Rogen dropped a whole bunch of trivia facts about the film on Twitter.

As a beautiful, young woman with a vibrant social life, I usually exit stage left when a man brings up movie trivia. But there is something about this particular fact fest that stood out to me.

The cast of Jersey Shore confirmed to me that the phrase “D.T.F” or “Down To Fuck” is from Superbad.

Could it be true? Does the cast of “Jersey Shore” really think two Jewish boys from Canada (Seth Rogen and cowriter Evan Goldberg) invented the most popular way to say “hello” on Tinder?

And further, did Seth Rogen and Evan Goldberg come up with the term?

In fact, research (that I just conducted over the past 10 minutes using Google) reveals that the first documented definition of “DTF” can be dated back to 2002, a full five years before “Superbad” popularized the term among East Coast Italian-American teenagers, a full seven years before those teenagers would grow up to use the phrase repeatedly up and down the coast of New Jersey, and a full 10 years before Tinder would ruin it for everybody.

In 2002, Seth Rogan would have been 20 years old, roughly about the age you would expect someone to come up with a quick and easy way to inquire about a potential partner’s sexual availability. Although we can’t confirm that Rogen invented the term, we also can’t confirm that he did not.

This, however, is something we feel pretty confident is true:

My mother came up with the joke that Mclovin gets arrested for statutory rape at the end of Superbad.

Does The Cast Of ‘Jersey Shore’ Think Seth Rogen Made Up The Term ‘DTF’?