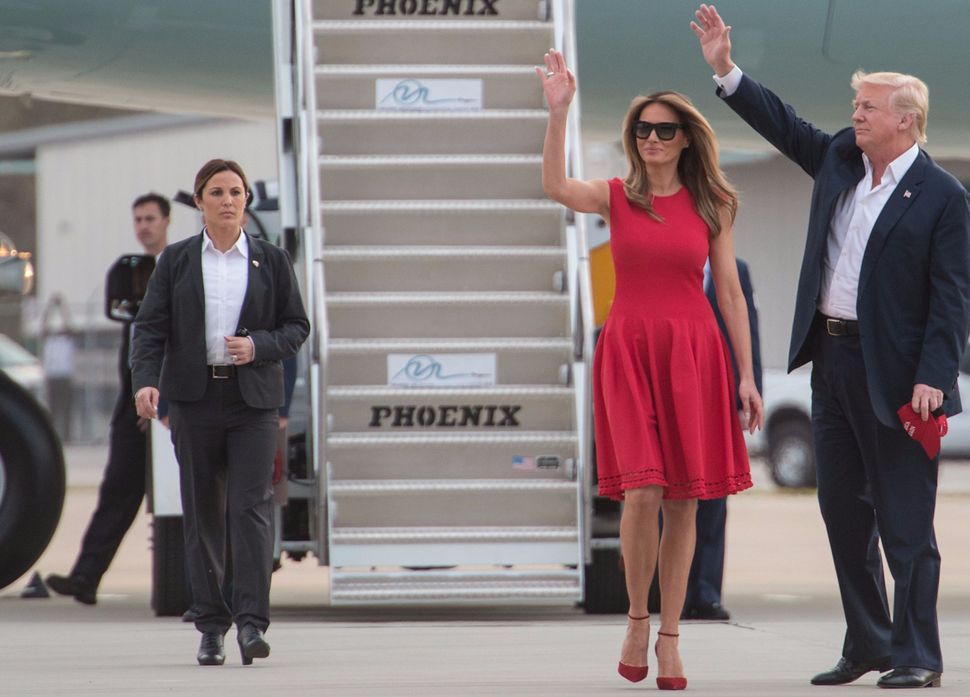 For the first time since 1978, neither the president nor the first lady of the United States will attend this year’s Kennedy Center Honors.

Donald and Melania Trump’s decision to abstain from the annual celebration was announced on Saturday. Quoted by The New York Times, a White House statement declared the Trumps’ choice was intended “to allow the honorees to celebrate without any political distraction.”

Prior to the White House announcement, three of the five 2017 honorees — iconic television producer Norman Lear, singer and songwriter Lionel Richie, and dancer and choreographer Carmen de Lavallade — announced their intention to avoid the awards, which involve a series of events over the course of one weekend in December.

Lear explained his choice to the Times earlier this month, saying “This is a presidency that has chosen to neglect totally the arts and humanities — deliberately defund them — and that doesn’t rest pleasantly with me.”

Responding to the White House announcement, the Kennedy Center released a statement confirming that in the absence of the president and first lady, Lear, Richie and de Lavallade were expected to attend, alongside fellow honorees LL COOL J and Gloria Estefan.

“In choosing not to participate in this year’s Honors activities, the Administration has graciously signaled its respect for the Kennedy Center and ensures the Honors gala remains a deservingly special moment for the honorees,” Kennedy Center chairman David Rubenstein and President Deborah Rutter wrote in the statement. “We are grateful for this gesture.”

Previous presidents have occasionally missed the Honors. In 1994, President Bill Clinton was en route to a Budapest conference. In 1989, President George Bush was meeting with Mikhail Gorbachev in Malta. And in 1979, Jimmy Carter had to bow out as he dealt with the Iran hostage crisis.

Yet until this cycle, which marks the 40th consecutive year of the awards, the president and first lady — or one of the two — has hosted a pre-gala White House party for the honorees and attended the awards ceremony.

One very American tradition of the Honors, however, will continue as intended: As it has each year since its founding, the Honors Gala will be recorded for broadcast by CBS.