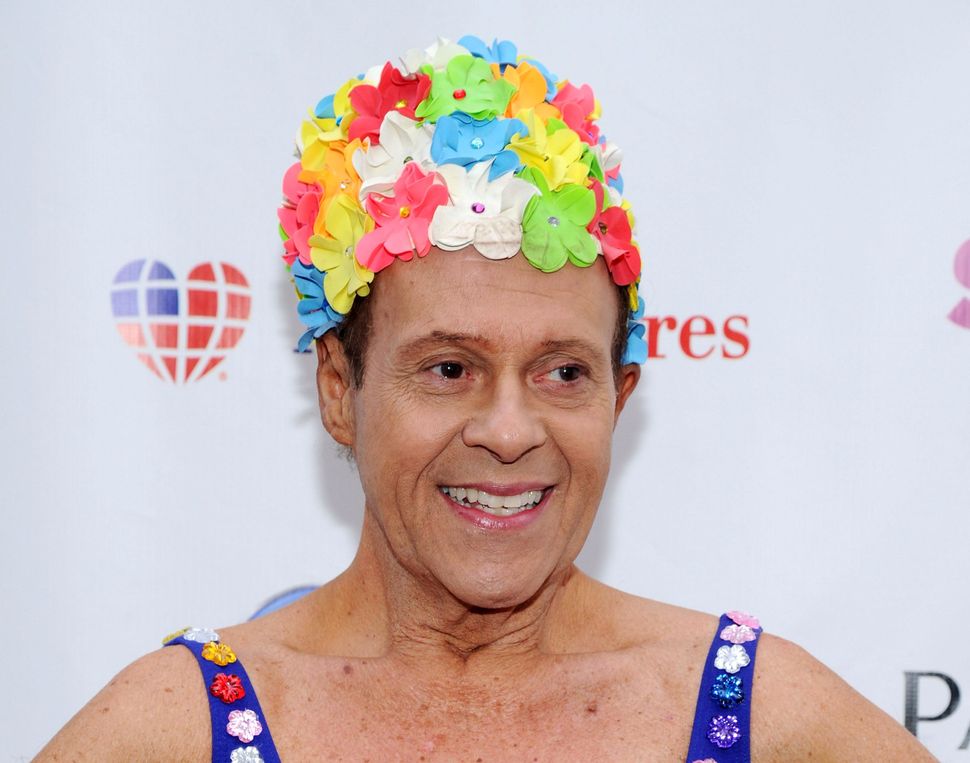 The National Enquirer is perhaps best known for publishing such groundbreaking titles as “Jennifer Aniston Is Pregnant By an Extraterrestrial” and “[Insert Name of Female Celebrity] Has a Nervous Breakdown Amidst Rumors Of Husband’s Affair With a Younger Woman.” It’s no surprise that the publication spends more each year fighting defamation lawsuits than any other media outlet.

Rarely, however, do these lawsuits incur as much public attention as the one filed by Richard Simmons, the fitness guru and frequent recurring participant in celebrity game shows.

Simmons sued the National Enquirer after they published a series of false “exposés” on his supposed “sex change.” Calling it a “world exclusive,” one such cover promised details of Simmons’ “secret boob job and castration surgery” accompanied by words such as “exposed” and “unmasked.” The article referred to Simmons’ alleged sex change as “bizarre” and “shocking.”

In short, the article was typical of the trashy tabloid. It treated surgical transitioning as a scandal instead of a private procedure that human beings decide to undertake for reasons that are not of the public’s concern.

Which is why it’s interesting that American Media, Inc., the company that publishes the National Enquirer, is attempting to get the court to dismiss the suit by arguing that it’s not “inherently shameful” to pursue transitional surgery.

“It’s the height of sophistry to claim to be a supporter of LGBTQ rights, yet also claim to be defamed by being identified as transgender,” said a spokesperson for American Media to ABC News.

To fully understand this argument and its implications, one must first understand what defamation means.

Defamation, or “libel”, is any written statement that is 1)untrue, 2) causes harm to the person at whom it’s directed, and 3)has been made without proof of a genuine effort on the part of the publication to deduce its veracity.

While the veracity of a claim like “Richard Simmons underwent sex reassignment surgery” may be black and white, the legal quandary at the center of Simmons’ lawsuit is this: is it harmful to out somebody as transgender?

In other words, how far has our country come in its societal acceptance of transgender individuals? And by what metric can a legal body make that assertion?

Last Thursday, Simmons filed a response to American Media’s attempt to get the lawsuit thrown out.

“It is unclear why — if society (and AMI purportedly with it) so embraces the transgender community — that AMI would characterize its articles as ‘exposing’ Mr. Simmons or use the word ‘bizarre’ to characterize his alleged new life as a trans woman. Surely, if AMI’s readers rejected prejudice against trans people, such phrasing would not help sell magazines or promote internet clicks. AMI cannot at once cynically and deliberately publish falsehoods about Simmons that it touted to the world as ‘shocking’ and ‘bizarre,’ intentionally pandering to prejudice, and then righteously pretend that such prejudice does not exist.”

Simmons has referred to the National Enquirer’s articles as “cruel and malicious” but is it actually cruel and malicious to allege that someone has undergone sex transition surgery? In a perfect world, no. Individuals choose to undergo such surgeries all the time. It’s a private decision, not a public aggression and should be treated as such.

We live in a world where the President of the United States has proudly proclaimed his intention to ban transgender individuals from the military for no reason more complex nor forgivable than their trans status.

The legal progress made on the LGBTQ front does not mean that middle school boys will stop lobbing the word “gay” at each other as an insult. Just because Caitlin Jenner is featured on the front cover of Vogue doesn’t mean that trans women walking the streets aren’t a target of hateful, ignorant, often dangerous people.

In an era where public opinion is louder and more divisive than ever, decisions like the one the court will have to make in Richard Simmons’ lawsuit are incredibly important. Denying the still prominent, still dangerous existence of transphobia in this country will not only halt progress — it will result in a backslide the transgender community and their allies cannot afford to risk.