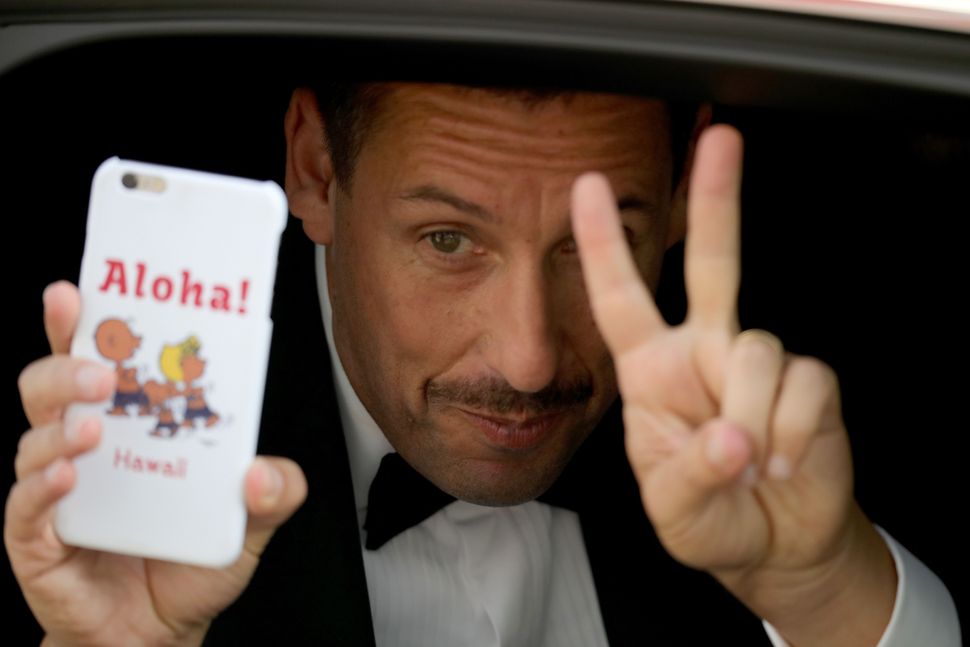 There’s nothing civilians enjoy more than fawning over the wealth of people who neither know nor care about them and where there is a market, there shall be a list of the Forbes’ highest-paid actors in Hollywood.

Coming in at number one among Jewish celebrities who have conquered the American dream is Adam Sandler. The actor pulled in $50.5 million last year.

What is Sandler giving America in return for all that green? His $250 million deal with Netflix probably had something to do with it. The actor has been contracted by the streaming service to produce four original movies.

Sandler can be described as the Donald Trump of Hollywood, in that his first movie for Netflix, “The Ridiculous Six,” scored an abysmal 0% on movie rating website Rotten Tomatoes but, inexplicably, his fan base doesn’t seem to care. The film went on to become the most watched movie on Netflix in its first month. Netflix, who cares more about the quantity of its users than the quality of the art it hosts, jumped to renew the contract. Congratulations, America, you’ve won yourself 1/750 of what Adam Sandler makes per year AND the privilege of tuning in to four more of his 0% Rotten Tomatoes-rating movies.

Mila Kunis is number five on Forbes’ list of highest-paid actresses and the sole Jewish woman to make the top ten. Although she’s only one spot below Sandler (who came in at number four on the men’s list), she makes a whopping $35 million less than him because gender pay inequality doesn’t discriminate between class levels.