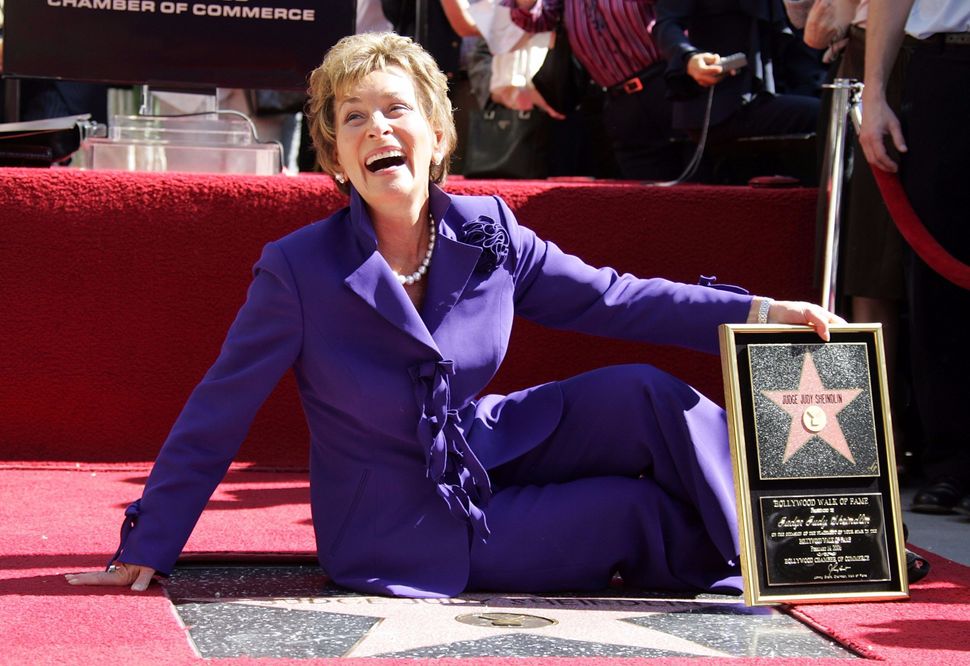 Who needs feminism when you’ve got $47 million? Not Judge Judy, that’s for sure.

Judy Sheindlin is once again back in the news after a deposition was made public in which Judge Judy explains in no uncertain terms how her salary is decided upon every three years when her contract is renegotiated.

In short, there is no negotiation, because she’s Judge Judy and when you’re Judge Judy you get exactly what the heck you want.

“… we go to the Grill on the Alley with the president of the company,” Sheindlin said of her contract renewal. “We sit across the table, and I hand him the envelope and I say: ‘Don’t read it now, let’s have a nice dinner. Call me tomorrow. You want it, fine. Otherwise, I’ll produce it myself.’ That’s the negotiation.”

The deposition was filed as part of a lawsuit brought by a production agency, Rebel, accusing CBS of underpaying the company for what it says is its part in producing “Judge Judy.”

Judge Judy’s deposition makes it very clear that she is Queen — but that doesn’t mean players haven’t tried to play her before.

“The only one who tried something a little bit different was John Nogawski,” Sheindlin wrote, referring to the former president of CBS TV Distribution. “John Nogawski came to the meeting at the Grill on the Alley, and I handed him my envelope, and he said, ‘Judy, I have my own envelope.’ And I said, ‘I don’t want to look at it.’ He said, ‘Why not? Maybe it’s more than what’s in your envelope.’ And I said, ‘Well, John, if I look at your envelope, it’s a negotiation. This isn’t a negotiation.’ And he put his envelope away and they gave me what I wanted; not a whole thing, not 30 pages, three things, whatever it was, done.”

Oh, John Nogawski, don’t you get it? You don’t mess with Judge Judy.