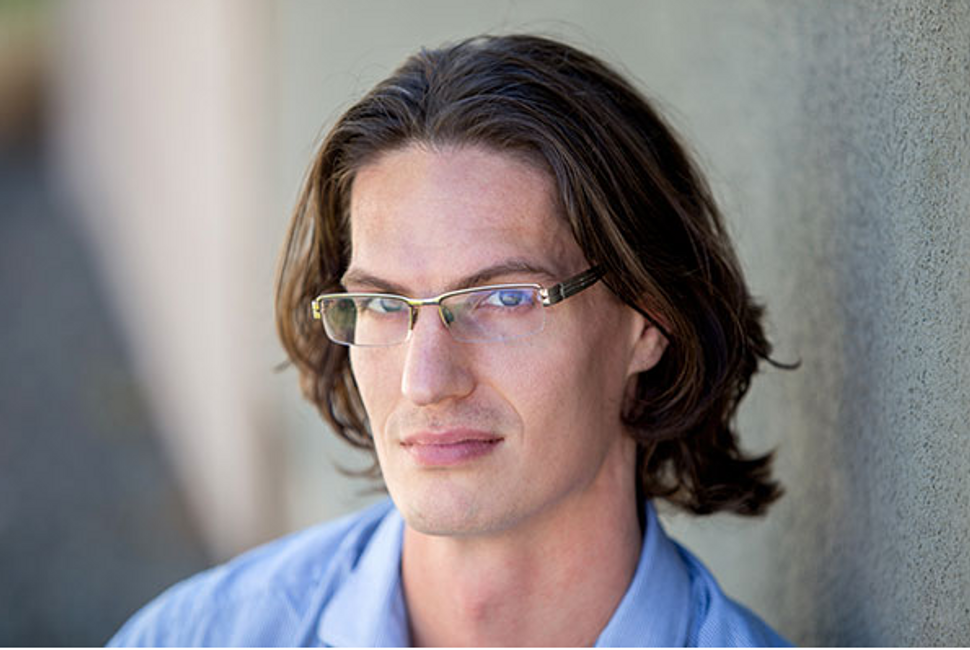 Perhaps nobody is perfect but you can’t deny that some people are more perfect than others. Nathaniel Rifkin is not one of these people and that’s probably why he created a website, shouldyoudatenate.com, and a several minute long video offering an all-expenses-paid vacation to any woman who will date him.

To help American women decide whether or not they would like to pursue a relationship with him, Rifkin has taken it upon himself to write 5000 words about his passions, his desires, and his addiction to work and money. In case 5000 words and roughly 10 professional headshots are not enough to decide whether you might want to have this man’s baby, worry not. There’s a video too, in which Rifkin repeats in live action everything you can already read on the page, spliced between shots of him laughing at someone who is absolutely killing it off-camera.

So what does Nathaniel Rifkin have to offer? Well, he’s got an unbeatable work ethic, he’s involved in what looks like dozens of over-the-counter nutritional supplement schemes, and after dropping out of college, he made so much money so fast it “literally scared him.”

What does he want in a lady? Not much – just a female libertarian with a slender waist and a very pretty face, same as every man wants.

But enough talk! Let’s cut to the chase — would you date Nate? I asked the Forward lady staffers and here’s what I heard back:

Becky (me): I would date Nate because it seems like he’s the kind of boyfriend who would buy you an apartment and fund your lifestyle but never actually be in the same state as you. If watching “Jurassic Park” once a month with this dude means I would get a free pied-a-terre, count me in.

Talya (Culture Fellow): I’ve dated a libertarian before, and one was honestly probably enough, but as a gal with short hair I’m down to date a guy with long hair — let’s get on with subverting those gender norms. (Although, truth be told, Nate doesn’t seem too interested in doing so; reference his search for someone with “a slender, healthy body, a reasonably slim waist, and a very pretty face.”) But here’s what kills it for me: I’m a born-and-bred Denverite, and the fact that Nate is bragging about a view of the city that doesn’t include the Rocky Mountains — Nate, they’re literally right there — tells me everything I need to know. Here’s hoping for a lanky egotist who at least knows a good thing when he sees it.

Laura (Contributing Editor): He seems like one of those guys that in the wild, I could theoretically find enticing: he seems to be fairly intelligent, to have a steady job, and to have at least one friend that tells good jokes (that’s why he keeps laughing into the abyss in the video, right?) — already a clear winner! But the desperation and hubris oozing from this page makes me just wanna buy him one of those drinks at the bar or nightclub he eschews but so clearly desperately needs. Oh and also a haircut.”

George (Social Media Intern): Gonna be a hard pass from me on that.

Batya (Opinion Editor): Dude, this is a hoax right? Becky. This has GOT to be a hoax.

So there you have it, Nathaniel Rifkin. It’s either me or dying alone. Take your pick.