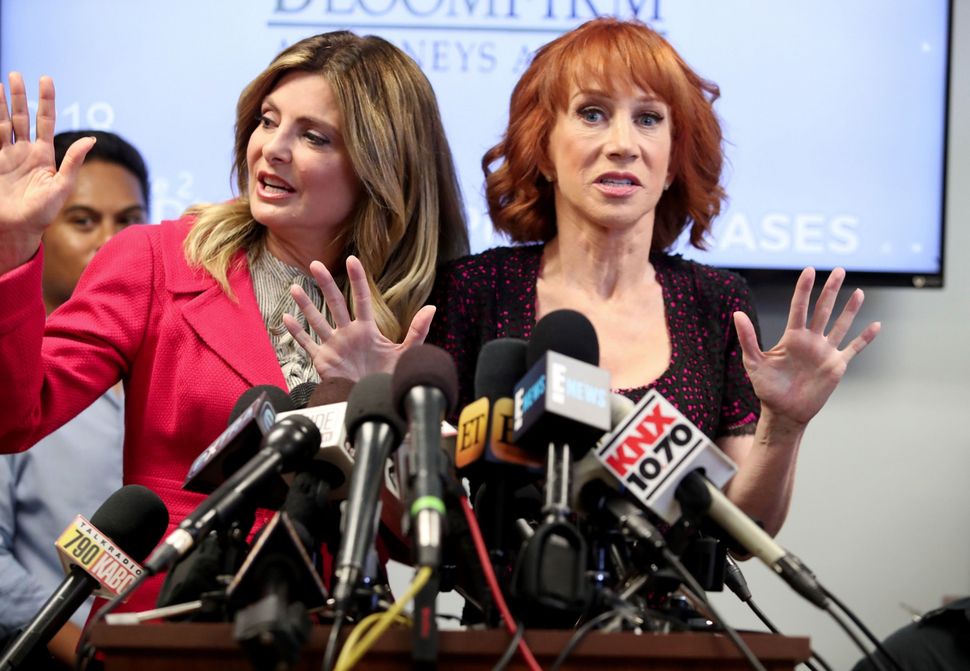 It’s been nearly 3 months since Kathy Griffin appeared on camera holding a replica of Donald Trump’s head, severed and bloodied. Backlash to the unfortunate spoof cost Griffin millions of dollars in work. She was subject to an investigation by the Secret Service, since concluded, and received thousands of death threats every day for weeks after. Griffin released two rather disastrous apologies shortly after the video was released but now, Griffin says she’s done apologizing.

In an interview with The Cut, Griffin gets unabashedly candid about how her life has changed since she became the litmus test for a comedian’s limits in the Trump era.

“President Trump just pardoned Joe Arpaio, who was essentially running a concentration camp in the Arizona desert,” Griffin says in the interview. “He said there are some good Nazis, and he’s kicking out young adults who were brought here as kids by their parents, and I’m the one who has to continue to apologize?”

Griffin is famously open as far as celebrities go, but even by her standards, this interview gets very real. In perhaps the most shocking anecdote, Griffin tells the story of Arnold Kopelsen, a powerful Hollywood producer who drafted a simpering letter to Trump on Griffin’s behalf, telling her to send Trump the letter with her signature or risk losing everything.

Arnold Kopelson, an Academy Award–winning producer who Griffin used to consider a friend, emailed Griffin with a prewritten letter to President Trump that he said she should mail to him, and which Griffin shared with me. The letter includes phrases like, “Now with my world crumbling around me, I am listening for the first time about the great things you have done and are doing. How stupid I was to follow the lies from the ‘Left.’ It took my terrible mistake to finally see the false news,” and “I do not deserve what I am asking of you. I am begging you to open your heart and forgive me.” Kopelson said that Griffin should “exclusively release the letter to Fox Broadcasting,” adding, “Do not send to the other networks.” “If you don’t do exactly what I’ve written, your career is over,” Kopelson wrote.

Kopelsen wasn’t the only Hollywood hotshot who is all too ready to play by the President’s rules. CNN president Jeff Zucker forbid Griffin from telling too many jokes about Donald Trump during CNN’s 2017 NYE special starring Anderson Cooper and Griffin — the same special from which Griffin was promptly fired following the release of the controversial video.

Griffin says she’s still too afraid for her life to tour America but she’s not giving up — and regardless of how you feel about the joke that started it all, this is a good thing. Griffin’s future as comedian — or lack thereof — will be indicative of just how much power Donald Trump wields over those who dare to publicly and passionately oppose him.