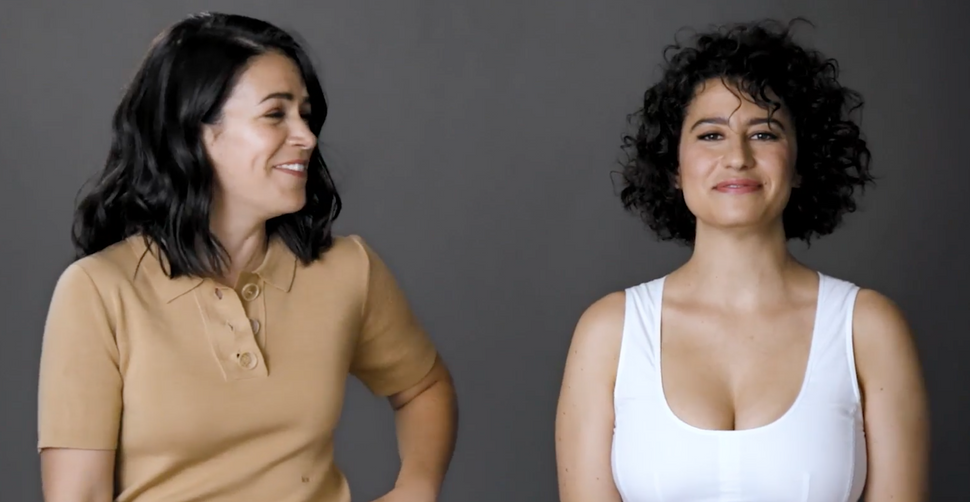 In honor of their upcoming television issue, the New Yorker asked some of the architects of this Golden Age to create pitch videos for new TV shows. On their website the magazine released brief pitches by Issa Rae, creator and star of “Insecure,” James Davis of “Hood Adjacent,” and the glorious Abbi Jacobson and Ilana Glazer of “Broad City” and Rachel Bloom of “Crazy Ex Girlfriend,” who are as Jewish as the late-summer sabbath day is long.

Let’s emotionally process their pitches together, shall we?

Abbi Jacobson and Ilana Glazer, TV pitch: “Rough Ruff”
-Both of them look hot, like they’re going to a sepia-toned fashion photoshoot for women in tennis
-Ilana Glazer’s hair is proof that aesthetic perfection can be attained
-Huh, a dog reality show
-This feels like a comedy video idea that would not make it through a pitch session in a level two sketch class at UCB, but whatever
-“None of these dogs have been neutered or spayed”
-Now they’re dancing!
-Oh now they’re doing a race commentary thing and it’s funny
-Takeaway: The jokes are not good but the comedic timing is swiss-watch level

Rachel Bloom, TV pitch: “Rachel’s Boobs Explain Grammar” -Here once again we have a beautiful woman with excellent comedic timing and a concept that only teeters on the ledge of funny
-According to the credits both this idea and “Rough Ruff” were actually developed by someone else, though she also seems to be a Jewish woman
-The point is: we’re taking over and we will replace you
-The idea of a “Wallace and Gromit”-style TV show about Rachel Bloom’s boobs is beginning to grow on me
-It’s nice to see Rachel Bloom talking about oral sex on the “New Yorker” website
-“A lot of people are asking—do the boobs will sing? The boobs will not sing. I’m not your monkey.” HA
-Fart jokes! It’s a decent time to be alive.