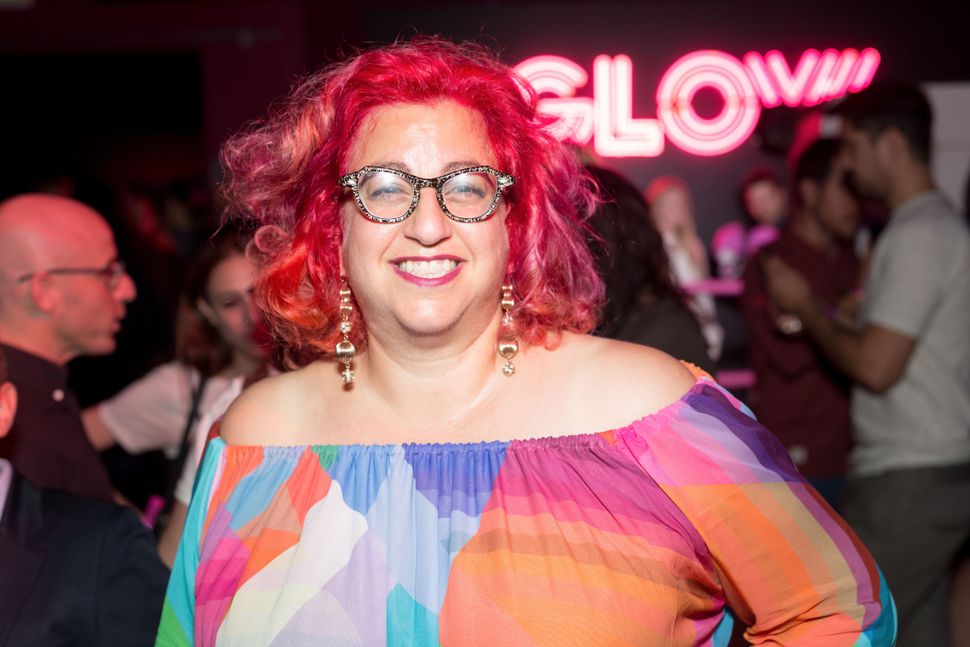 It’s hard out there if you’re a “white devil Jew b****.” Or at least it was for Jenji Kohan, whose says her first job in a writer’s room on “Fresh Prince of Bel-Air,” where she represented half of the show’s female writers, earned her the moniker. Kohan gives no context — it might have been a hate crime, a grudging compliment, or just an observation. She seems to like the ambiguity.

Kohan, the Jewish, pink-haired mother of three who is the showrunner and creator behind the massive hits “Weeds” and “Orange Is The New Black,” might be the most outrageous person in television. A new feature by Emily Nussbaum in the New Yorker reveals that behind the camera is a woman who is ruthlessly funny, defiantly politically incorrect, and endlessly searching. Her career is also riddled with examples of institutionalized sexism and the jagged intersection that runs through her work between Kohan’s identity at those of people from other marginalized groups. Here are the most shocking takeaways from the article:

-Kohan applied to her first TV job not because of interest but to prove herself to her boyfriend, who said she had “more of a chance of getting into Congress than [she] did of writing for TV.”

-When Kohan was pregnant and interviewing for jobs, her agent told her to wear oversized clothing and eat candy throughout the interview so she would look fat instead of pregnant

-In the article, Nussbaum writes, “Kohan, who calls herself a “cultural, book Jew,” takes a Talmud class, and has been mulling over one of its themes: “How do two contradictory truths occupy the same space?”

-Mary-Louise Parker, the star of “Weeds,” wasn’t on speaking terms with Kohan throughout most of the show’s eight seasons. According to Nussbaum, “Once Parker threw a script at Kohan, shouting, “My mother can’t watch this.” Kohan responded, “I don’t write it for your mother.”

-Kohan is co-writing a pilot about Jesus’ teen years with Latin Nasser, who identifies as a secular Muslim

-Cindy Holland, who gave the green-light for “Orange Is The New Black” for Netflix, said that when she tentatively mentioned her discomfort about jokes made by Nazi characters on the show, Kohan rejoined, “I’m shocked by what comes out of people’s mouths outside a P.C. bubble. I want to represent it.”