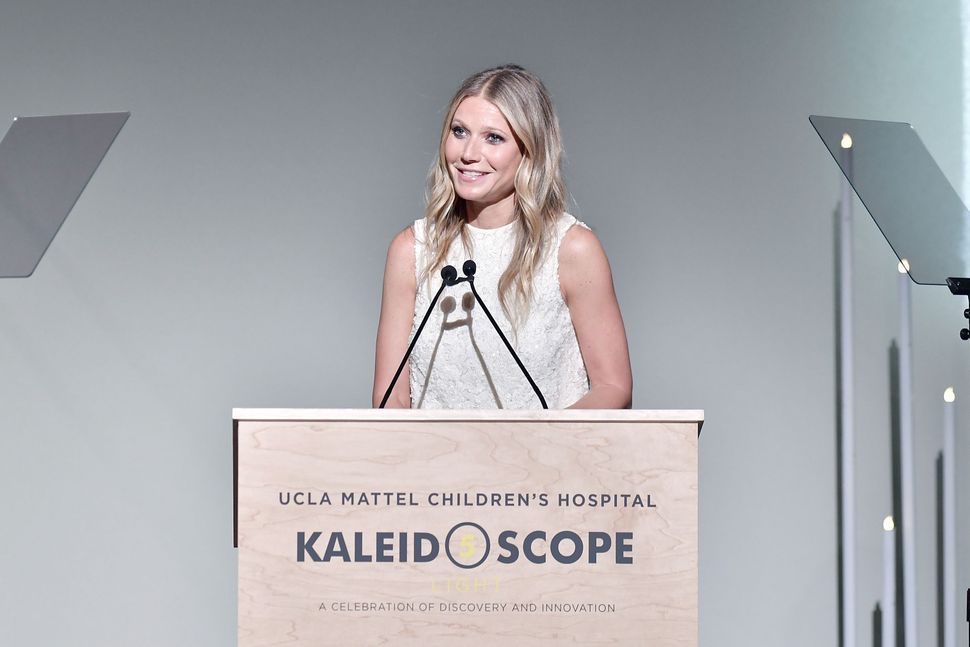 As a feminist, it pains me to criticize hard-working, ambitious female entrepreneurs. As a pop-culture journalist with a passion for drama, it brings me great delight.

Sophia Amoruso, former CEO of the now bankrupt clothing company Nasty Gal and inspiration for the failed Netflix series “Girlboss,” and Gwyneth Paltrow, Oscar winner turned vaginal steaming specialist, are truly two peas in a pod. Both are entrepreneurs touting female empowerment as a central tenet of their business ethics and both have found themselves at the center of controversies that would suggest their business reality is at odds with that ideal.

Which is why it was such a pleasure to listen to Amoruso interview Paltrow on her podcast, aptly titled “Girlboss.” The podcast is dedicated to interviewing “boundary-pushing women who’ve made their mark—eschewing polite conversation and extracting solid advice from the lessons they’ve learned along the way.”

That Paltrow chose Sophia Amoruso’s podcast as a platform to speak out about the recent allegations from an advertising watchdog group that she is, essentially, “peddling snakeoil” makes sense. Amoruso has been implicated in several scandals of her own, including a lawsuit filed against Nasty Gal for allegedly firing women for getting pregnant and several lawsuits accusing the company of having stolen designs from artists without compensation.

The podcast isn’t journalism and doesn’t claim to be so it’s not necessarily surprising that, in addition to refraining from asking any hardball questions, Amoruso makes it clear that she thinks the allegations against Paltrow are unfounded, even going so far to wonder out loud whether a man would be subject to the same criticism. Paltrow herself attributes the constant criticism to the media’s incessant need for attention (which is real, so please give as much of yours as possible to the Schmooze).

“We’ve had a couple of months where it’s like, well this just isn’t about us,” Paltrow said about GOOP’s PR woes. “We are very clear about what we’re doing, we stand behind what we do, but unfortunately people who are critical of us sometimes get attention for being critical of us or it gives them a platform. There have been a couple of days over the past three months where I’ve just been like ‘F*** it.’ Like, this is so deeply unfair and I wish that people would actually read the article or do their homework.”

The most interesting, albeit perhaps least shocking, part of the interview came when Paltrow and Amoruso turned the discussion to feminism.

“I think women have always found alternative ways to heal ourselves and experiment with what works,” said Amoruso.

“I think it’s very true around women’s sexual health and psychological health,” said Paltrow. “There’s something that feels inherently dangerous to people about women being completely autonomous in that way.”

“Women in control of their bodies? Holy s***. Take it down a little,” joked Amoruso as Paltrow tittered.

Let it be known that I, a millennial feminist who has been known to purchase makeup and skin care from time to time, would like to live in a world that both gives me autonomy over my body and protects me from being told by Gwyneth Paltrow to put a jade egg up my vagina.

And you can call that sixth wave feminism.