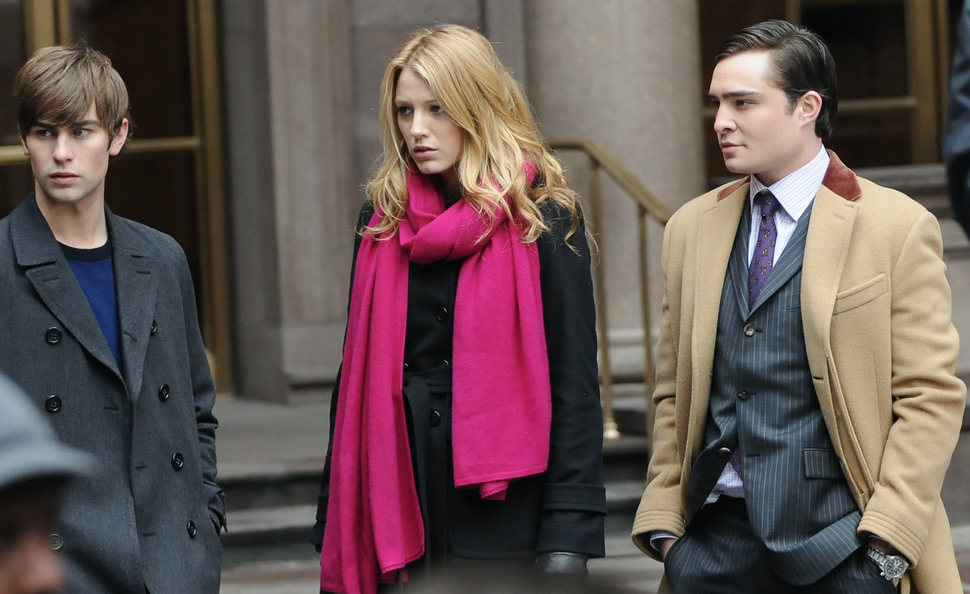 In “Gossip Girl,” The CW’s teen drama that aired 10 years ago this fall, Josh Schwartz created a circus of material excess with no parallel on television. Based on the series of novels of the same name by Cecily von Ziegesar, “Gossip Girl” chronicled lives of wealth and beauty, with a healthy dose of youth and amorality. Like Schwartz’s popular Fox show “The O.C.,” which finished its run the same year “Gossip Girl” debuted on The CW, the drama focused on a group of teenagers with adult dramas as a sideshow. But “Gossip Girl” had a twist: just like in von Ziegesar’s novels, the trust-funders at the center of “Gossip Girl” are constantly being tracked, recorded and reported on by a shadowy gossip presence who exposes them online using tips sent by an army of envious peers. For the teens of “Gossip Girl,” everything really is about them. Everyone is thinking about them. Everyone can see them all the time. “Gossip Girl” marries teenage dream to adolescent nightmare: Looks matter.

“Gossip Girl” is about what you can see. Every frame in the 121 episodes of the series proclaims the ecstasy of materialism. Richly composed shots of New York City, stars who are models first and actors second, and at least $1 million worth of couture headbands made “Gossip Girl” a show about the power of aesthetics above all else. The two defining characteristics of the “Gossip Girl” characters are ludicrous wealth and conventional physical perfection, or the willingness to do whatever it takes to obtain those qualities. The third is living in New York City, mostly on the Upper East Side.

What do you call a TV show about rich, ruthless New Yorkers that includes next to no Jewish actors or characters? Anti-semitic? Progressive? Poorly researched?

When Josh Schwartz, the Jewish “Gossip Girl” creator and show runner who also created a Jewish main character on “The O.C.,” was asked a variation of this question by The New York Times during the show’s first season, he blamed his source material.

Schwartz told Deborah Solomon that von Ziegesar’s 12-part series simply doesn’t feature Jewish characters. That’s not true — as the website “My Jewish Learning” points out, in the “Gossip Girl” novel “Nothing Can Keep Us Together,” it is revealed that two of the series’ main characters, siblings Dan and Jenny (who represent poverty—read, the upper middle class,) are practicing Jews. Perhaps Schwartz can be forgiven for missing this vital fact, as the revelation comes in the eighth book of the series. Von Ziegesar is not Jewish. She attended Nightingale-Bamford, the hallowed Upper East Side all girls school that is fictionalized in the show, and her patrician lineage stretches back to German nobility. Von Ziegesar either didn’t see Jews as a group to represent in her book or found their presence in the social fabric of the Upper East Side so obvious, she didn’t feel the need to clarify it until eight books deep.

Eventually, Schwartz, following von Ziegesar’s lead, did introduce two actively Jewish characters. Cyrus Rose, played by Wallace Shawn, is described as “the most attractive, brilliant man” protagonist Blair Waldorf’s mother has ever met, before he even appears onscreen. This promising beginning yields humiliation when Blair confuses her glamorous mother’s boyfriend with his driver. Cyrus, a lawyer, is short, weird and unattractive, and Blair is physically repulsed by him. “I was expecting Cary Grant and I got Danny DeVito,” she complains, later referring to him as “the gnome.” When Cyrus is next seen onscreen, he is complaining about frivolous spending and plotting to cut costs in the extravagant Waldorf home.

Short of having him enact a pyramid scheme or sip from a flask of Christian baby blood, “Gossip Girl” writers did all within their power to introduce Cyrus as a walking, whining Jewish stereotype. But not so fast. Cyrus demonstrates that he is considerate and genuine. He is humanized by his love for Blair’s mother. Blair, the show’s alpha-schemer, bows to his brilliance. “Some of us can’t rely entirely on our looks, you know!” he tells her, laughing. In the same episode we meet Cyrus’s son Aaron, a tall, mustachioed artist who dates the show’s other female star but demurs monogamy. Gawker, and von Ziesegar herself, labeled him “gross,” and “slimy,” respectively. But the father-and-son portrayals of a certain kind of moneyed, educated New York Judaism appeared to be saying something. Jews can be hot and gross, rich and generous, monogamous and not, like everyone else. Most of the characters on “Gossip Girl” are irredeemably bad most of the time, but Cyrus is an exception. Later, he and his son lead the gang in climactic Yom Kippur observances and Passover Seders. Cyrus wed Blair’s mother wed in a Jewish ceremony, saying, “Ani l’dodi v’dodi li.” Jews, however rare, are beloved on “Gossip Girl.”

It’s been a decade since “Gossip Girl” aired, and America is still asking the same questions Josh Schwartz and Cecily von Ziegesar once considered: Do we want our Jews rare but beloved? Omnipresent but unnamed? Should they be ugly but kindhearted, or smoldering yet sleazy? Do we want them at all? What are Jews in the media, if not wealthy, plotting New Yorkers who love gossip?

One guess, which echoes other writers’ theories during the show’s run, is that both von Ziegesar and Schwartz found the challenge of portraying moneyed, Jewish characters in a world where every character is occasionally evil too much of a publicity risk.

Better, on a show that relies on that which can be seen, to just let them disappear.