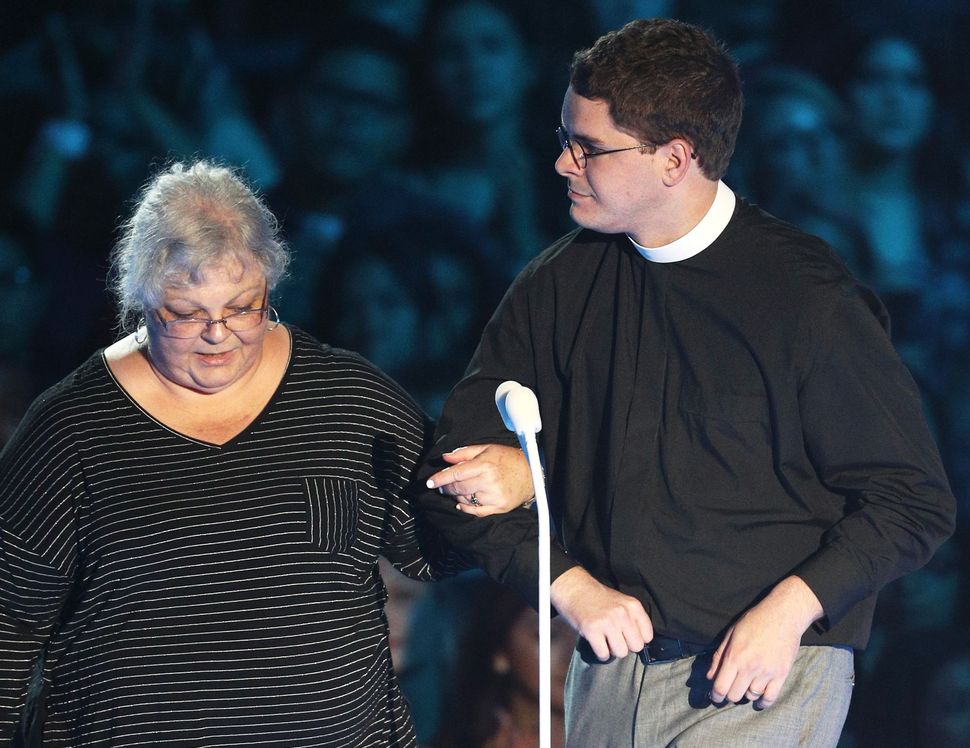 Looking stoic in a black shirt and collar as he addressed the spangled audience at this year’s VMAs, Reverend Robert Lee IV gave a morally radical speech. It was unusual fare for the awards show, but it was especially surprising considering that Lee is a direct descendent of the Confederate general Robert E. Lee.

“We have made my ancestor an idol of racism, white supremacy, and hate,” Lee, 24, said, referring specifically to the violent supremacists marching through Charlottesville. “As a pastor, it is my moral duty to speak out against racism, America’s original sin. Today I call on all of us with privilege and power to answer god’s call to confront racism and white supremacy head on.”

Lee’s speech, which served to introduce Susan Bro, mother of the deceased Charlottesville counter-protester Heather Heyer, was a profound act of moral bravery.

But today Lee, who is the great-great-great nephew of the Confederate general, resigned as pastor. Lee was serving his very first pulpit out of Duke Divinity School at Bethany United Church of Christ in North Carolina. According to Lee, negative reactions to the VMAs speech by some members of the church concerned Lee’s reference to Black Lives Matter, the Women’s March, and Heather Hayer as “examples of racial justice work.”

In a statement, Lee apologized for the fact that “speaking out has caused concern and pain” to his church and added that he still believes “we are all called by God to speak out against hate and evil in all its many forms.” Lee resigned after the congregation decided to put his tenure to a vote. He asked that this news story not distract from “the sacred work of confronting white supremacy.”