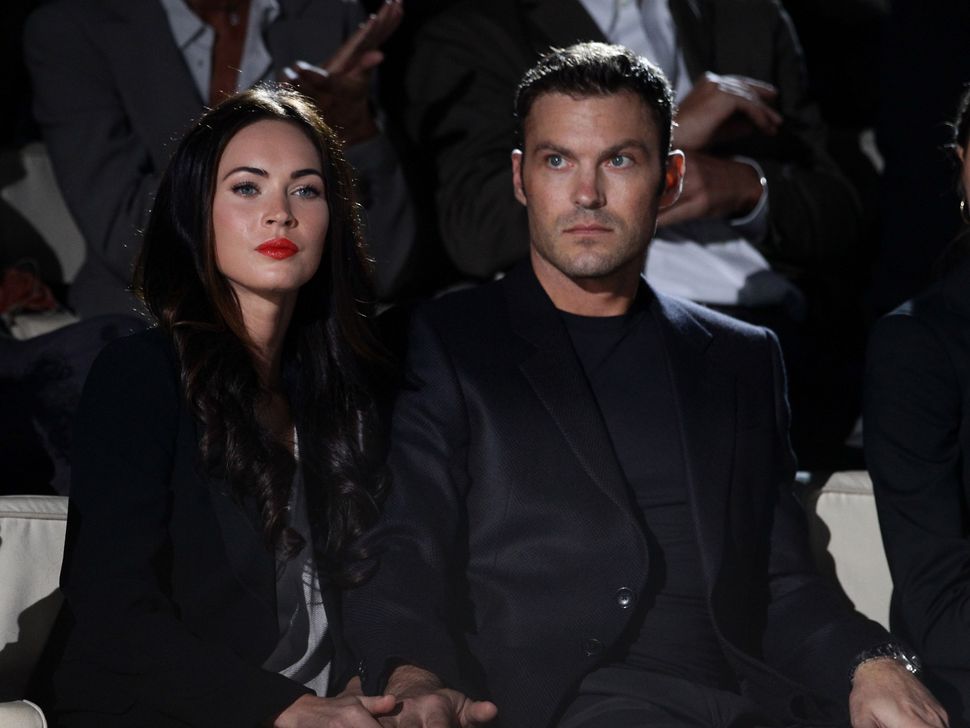 Does it matter if a boy or a man wears a dress? No, it does not. You know that, and I know that, and now Megan Fox’s very hot, somewhat Jewish husband is telling the world it’s time they know that, too.

Actors Brian Austin Green and Megan Fox have a son named Noah who looks like he was made in a lab by the Gerber company. The fact that any person could look at Noah and make a negative aesthetic judgment about him is actually remarkable. Nevertheless, the handful of times Noah has been seen wearing a dress, particularly when Fox posted a snapshot of him dressed as the “Frozen” character Elsa, the internet has had a thing or 60 to say about it. You know, the kind of sweet, thoughtful comment you might make to a 4-year-old who has no idea that there is evil in the world.

This week, Green, who has four sons with Fox, was asked how comments about his son’s appearance effect him.

Green said that he’s heard the criticism and he ignores it. “It’s his life, they’re not my clothes,” he told the interviewer, though it would have been cool if the toddler “Frozen” dress belonged to Green. “At 4 or 5, that’s a time when he should be having fun. He’s not harming anyone wearing a dress. So if he wants to wear a dress, good on him,” Green said.

And if Green ever grows tired of calmly and reasonably responding to people who live to tell a 4- year-old how to dress, he can borrow from the burn one of Noah’s supporters wrote on the “Frozen” dress pic: “Oh gosh, please!!!! The ones who are criticizing have a peanut for a brain.”