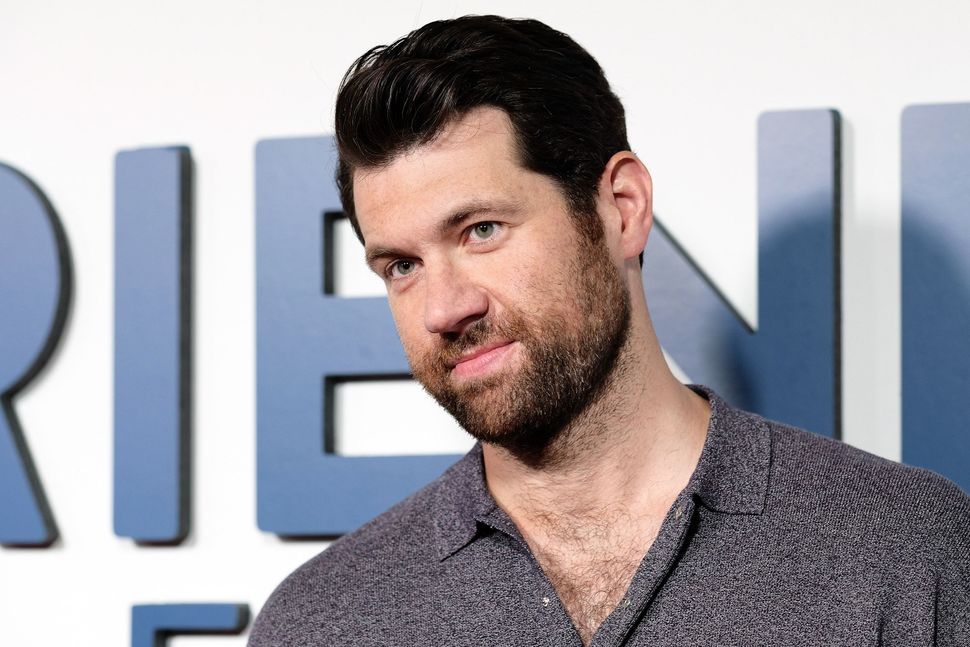 While you were deciphering Taylor Swift music videos and drafting your fantasy football teams, Billy Eichner was quietly taking over pop culture.

Eichner’s big start was his self-produced Youtube series, “Billy On The Street,” which is now on a network. He currently stars in that show, Hulu’s “Difficult People,” “Friends From College,” and “American Horror Story: Cult.” He will provide his voice for the hugely hyped live action “The Lion King” in 2019.

In a recent interview, Ana Marie Cox for the New York Times Magazine asked Eichner: “Amy Poehler has said that she thinks that your being an outsider is really important to your comedy. How do you maintain that as you get more successful?” 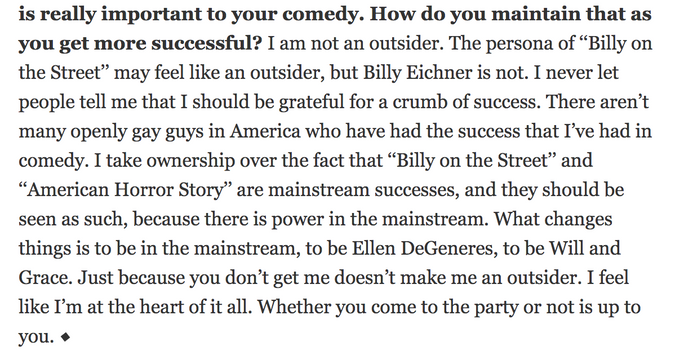 Billy Eichner is an icon.