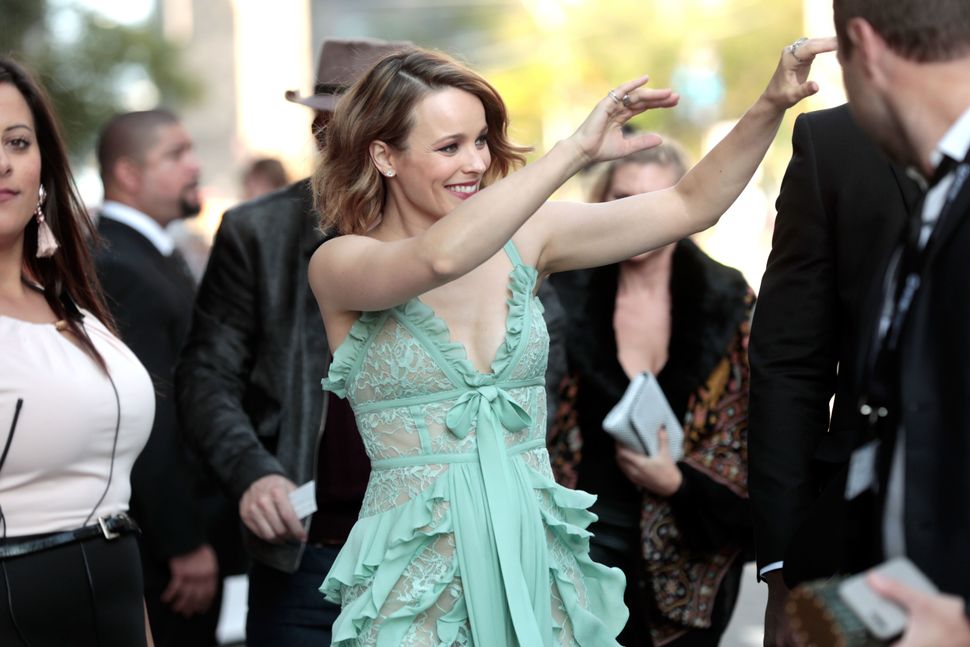 Serious act-ors will often go to great lengths to capture the depth and particularities of their on-screen character. Who can forget the time Renée Zellweger gained a bunch of weight to play Bridget Jones? Or the time she lost a bunch of weight to play Roxie Hart? Or the time Daniel Day Lewis learned to sew for a role and the New York Post started a rumor that he was retiring from acting in order to pursue a career as a high fashion designer?

It’s now Rachel McAdams’ turn to prove to her audience how devoted she is to getting a role just right. The actress recently explained from whence came her inspiration for the Orthodox Jewish woman she plays in the upcoming romance “Disobedience.”

Calling it “one of the most rich research journeys I have ever been on,” McAdams said in an interview at the Toronto International Film Festival that she had prepared for the role by “going undercover” at a kosher grocery store in Los Angeles.

Whether or not you agree that a shiksa patronizing a kosher grocery store is a form of “going undercover” is besides the point — Rachel McAdams, a.k.a. Regina George, a.k.a. the young version of the woman with Alzheimer’s in “The Notebook,” is famous in communities both open and insular. For her, going undercover is officially no longer an option. The Orthodox Jewish community of Los Angeles wasted no time in not only identifying the actress but also sending their children to do the dirty work of asking for a picture and autograph.

McAdams reported that, despite her best efforts to quietly observe the behavior of the community she was expected to capture on screen, she couldn’t escape her identity as a rich, famous, beautiful, non-Jewish, white woman.

Luckily, McAdams said that she was graciously invited into the home of an Orthodox Jewish family to enjoy a Shabbat dinner, an education that hopefully taught her the difference between a menorah and a candleholder, among other lessons.