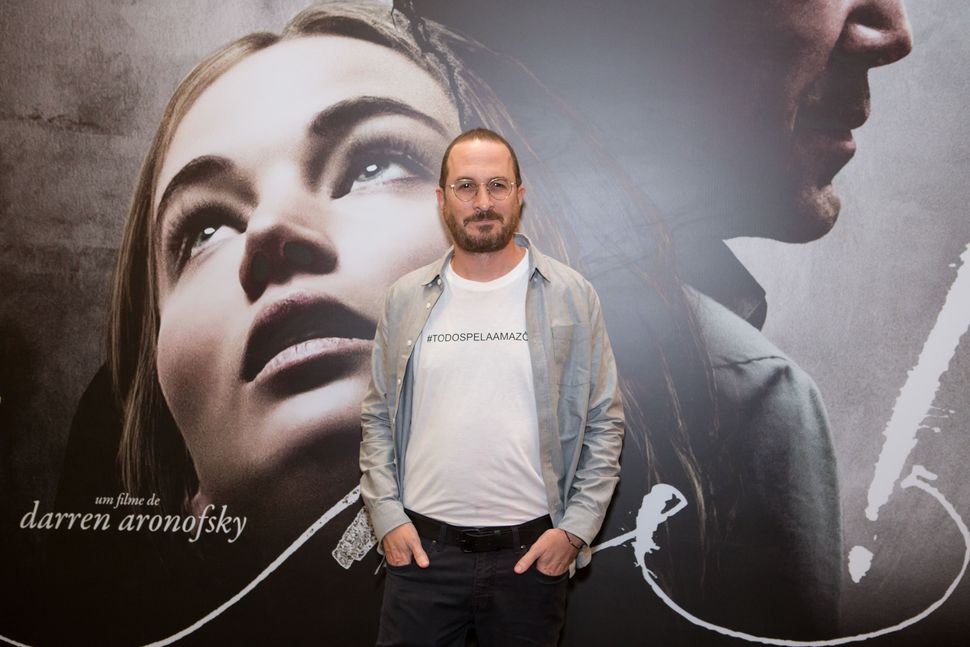 Described by Paramount Studios as a “riveting psychological thriller about love, devotion and sacrifice”, critics have been eagerly awaiting Darren Aronofsky’s latest directorial feature “mother!” since the drop of its stark and surrealist trailer, featuring a perpetually terrified Jennifer Lawrence. The movie’s weak opening weekend, however, suggests that audiences have decided they don’t want to witness (spoiler alert!) an excited mob full of poetry fans tearing a newborn baby limb from limb.

After receiving an F on the popular movie rating website Cinemascore directly following its Friday premiere, “mother!” brought in a mere $7.5 million in revenue, Lawrence’s worst opening weekend ever and not so hot for Aronofsky, either (for context, “The Emoji Movie” brought in $25 million over the same period and scored a B on Cinemascore).

Aronofsky, who perhaps should have retired at the top after directing the graphic love scene between Natalie Portman and Mila Kunis in “Black Swan,” has never been considered a “safe” filmmaker. Between “Black Swan,” “Requiem for a Dream,” and “The Wrestler,” Aronofsky’s filmography is responsible for the majority of adult nightmares that occurred between 2000 and 2010. “Mother!”, however, may have finally crossed the line between “psychologically disturbing” and “cannibal cop meets Dr. Strangelove.”

Critically (which is to say, among those who we as a society have decided are professional moviegoers based usually on the fact that their moms have connections at New York Magazine), “mother!” has gotten mixed reviews, with one reviewer calling it “brilliantly deranged” and another declaring that “if you gave an extremely bright fifteen-year-old a bag of unfamiliar herbs to smoke, and forty million dollars or so to play with, “Mother!” would be the result.”

Unfortunately for Aronofsky, sometimes the moviegoing commoners decide they don’t care what the New York Times thinks and choose to see “It” four times in theaters instead of paying money to watch a movie where the main characters are named mother, Him, man, and woman.

The Paramount president of marketing and distribution, Megan Colligan, defended the movie on behalf of the studio, calling it “very audacious and brave”:

You are talking about a director at the top of his game, and an actress at the top her game. They made a movie that was intended to be bold. Everyone wants original filmmaking, and everyone celebrates Netflix when they tell a story no one else wants to tell. This is our version. We don’t want all movies to be safe. And it’s okay if some people don’t like it.

Whether or not you personally enjoy biblical allegories about poets with writers block, the moviegoing public has spoken: “mother!” can not sit with them. Instead, after a summer full of box office flops, Hollywood would do well to focus on the movie themes that worked well this year: serial killing clowns, Queen Latifah attending college reunions, and female superheroes.