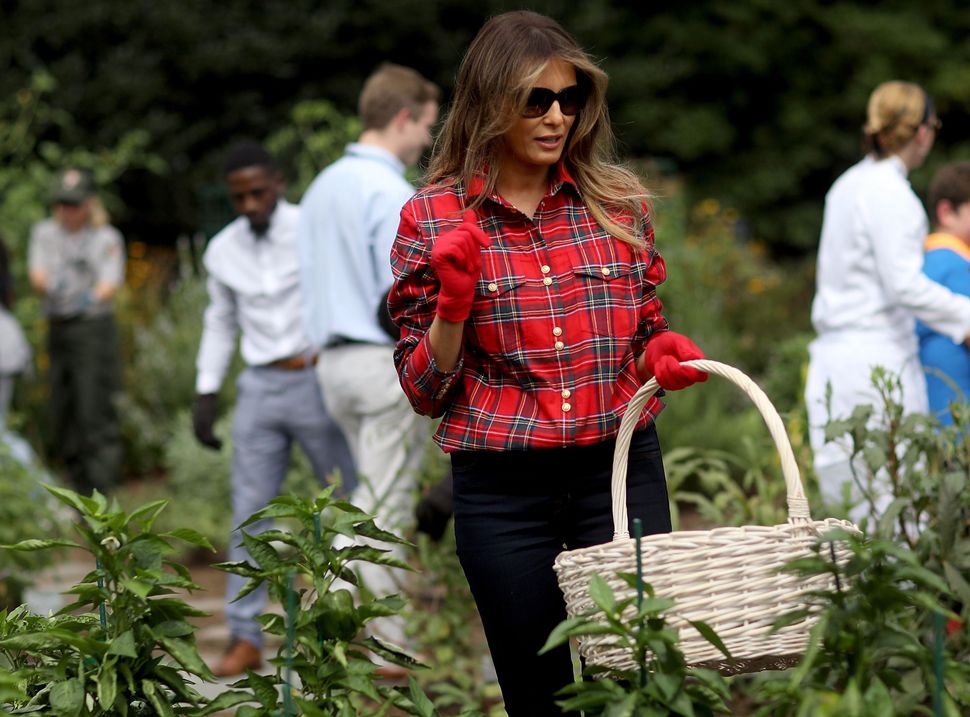 Hiding among the heroes we worship on a regular basis — Elizabeth Warren, Gloria Steinem, RuPaul — are the quieter heroes who deserve just as much reverence as those on the public stage. They’re the mother in Flint, Michigan who won’t stop until her babies have clean water. The college student working three jobs to put herself through school who still makes time to call her Senator every time there’s a vote on healthcare.

And then there’s the school librarian from Cambridge, Massachusetts who receives a shipment of Dr. Seuss books from one Ms. Melania Trump in recognition of National Read a Book Day and says, “No thank you and here’s why!”

Liz Phipps Soeiro, of Cambridgeport Elementary School, explained her decision to reject the first lady’s gift, made to one school in each state, in a rather snarky and bold open letter published on the Horn Book’s Family Reading blog.

“My school and my library are indeed award-winning. I work in a district that has plenty of resources, which contributes directly to ‘excellence,’” writes Soeiro. “Why not go out of your way to gift books to underfunded and underprivileged communities that continue to be marginalized and maligned by policies put in place by Secretary of Education Betsy DeVos?”

She goes on to criticize the government’s method of testing students, writing that “in the end, it appears that data — and not children — are what matters.”

And then, she moves on to the reading content itself:

You may not be aware of this, but Dr. Seuss is a bit of a cliché, a tired and worn ambassador for children’s literature … Dr. Seuss’s illustrations are steeped in racist propaganda, caricatures, and harmful stereotypes.

Soeiro’s comments were just a little bit too much for the mayor of Springfield, Massachusetts, a nearby town, to handle. Mayor Domenic J. Sarno used the situation as an opportunity to invite the president and the first lady to the town’s Dr. Seuss museum. In a very mature post on Springfield’s Facebook page he wrote of Soeiro’s letter, “One fish — two fish — red fish — blue fish – I think her comments ‘stink’ and are ridiculous towards our beloved Dr. Seuss.”

“By the way, kudos to First Lady Melania Trump for her generous offer to donate Dr. Seuss books to that Cambridge school library —they don’t want them — we’ll take them.”

That’s not usually how gifts work but, hey, in this America, anything is possible.

A spokesperson for Melania Trump issued a statement Friday morning regarding the situation:

She has demonstrated [commitment to her efforts to help children] in both actions and words since her husband took office, and sending books to children across the country is but one example. To turn the gesture of sending young students some books into something divisive is unfortunate.

The Cambridge school system told CBS News that “the employee was not authorized to accept or reject donated books on behalf of the school or school district.”

But, for now, this super-librarian is still firmly ensconced as an adult role model among the children who will determine our future.