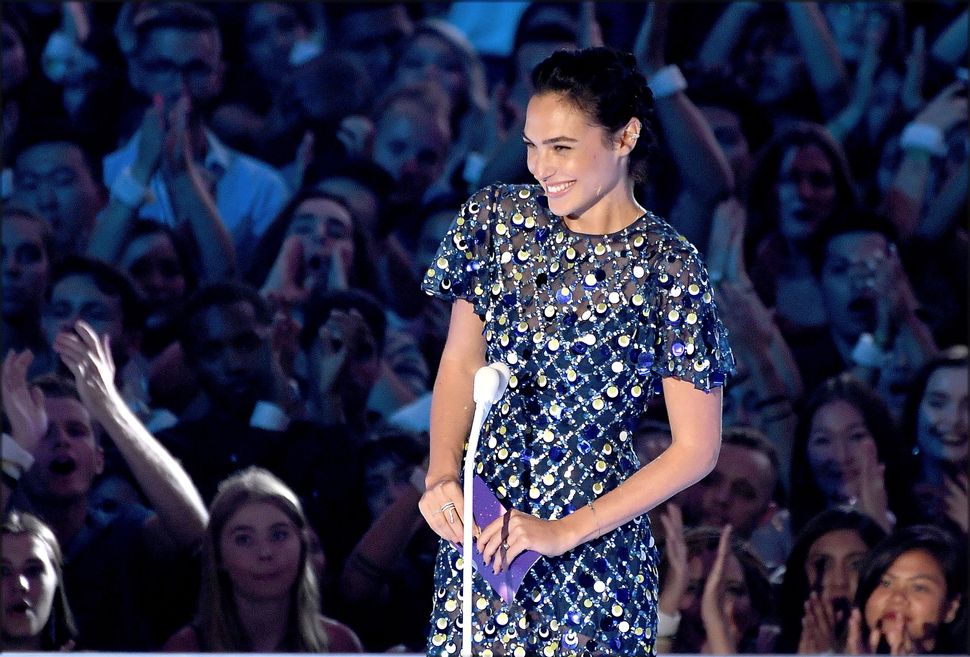 Gal Gadot, the “Wonder Woman” actress who is currently the front-runner for “Best Thing To Happen to America in the 2010s,” will host “Saturday Night Live” on October 7. Though some feel this strongly indicates that we have all been inscribed for blessing in the book of life, Gadot isn’t so sure. On Sunday, during a conversation at the 92nd Street Y in New York, an audience member asked the actress how she’s feeling about hosting.

This is what she said:

What can we, mere mortals to Gadot’s otherworldly creature, do with these incredible comments?

Can they be remixed with a rap by one of our many midrange Jewish rappers? Alternatively, any one of these statements would make a great T-shirt slogan. (Just imagine: “Improv, yeah, I did.”)

What can we make of the fact that Gal Gadot’s resume includes experience with improvisational comedy, but never in America, on a Saturday night? The line between radical honesty and uncalled-for specificity is thin here, and that is part of what makes her so appealing.

Gal, for reasons the heart knows but the mind cannot express, you have been anointed by this great earthly collective the Last Pure Creature we have in this world. You will never disappoint us. Plus, the show you’re hosting has also been hosted by Donald Trump and leans a lot on fart jokes. The bar is low.

You’re going to be great.