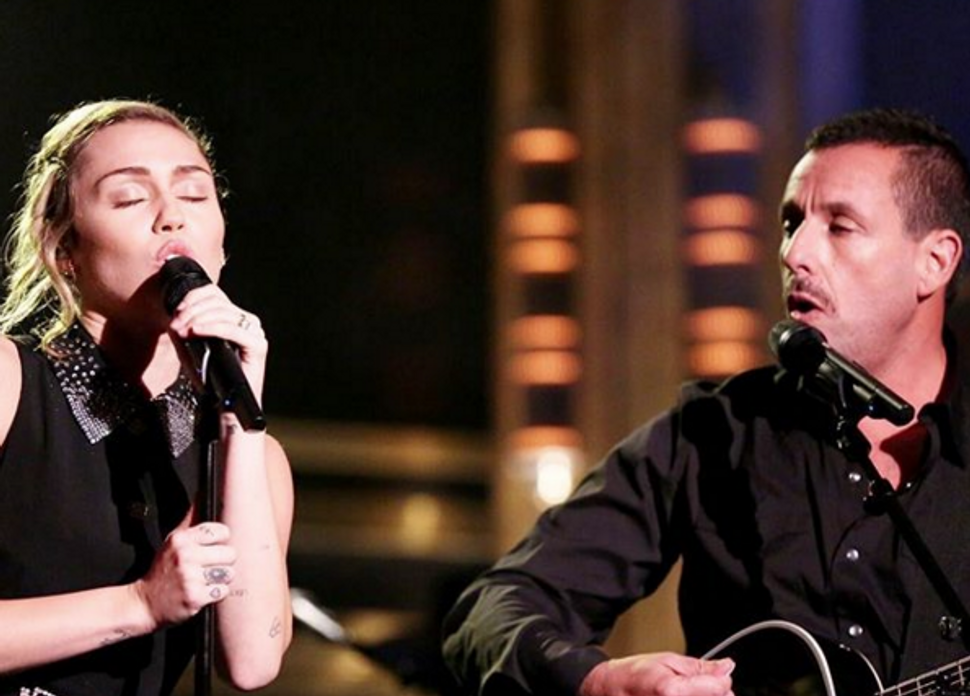 There have been far too many moments in 2017 where late night hosts have had to quickly alter the content of their show to pay tribute or in some way honor the victims of a tragedy.

Last night, Miley Cyrus, accompanied by Adam Sandler on the guitar, opened “The Tonight Show with Jimmy Fallon” with a stirring rendition of Dido’s “No Freedom” in memory of those who were killed in the Las Vegas mass shooting Sunday evening. Cyrus posted a picture of the performance on her Instagram thanking Sandler for joining her onstage.

No Love without Freedom … No Freedom without LOVE ❤️ Thank you so much to Adam Sandler for joining me tonight in remembering all those lost , and singing lyrics that I believe are so important at this time …. #LandOfTheFree #StopTheViolence #GivePeaceAChance @fallontonight

A sad occasion for an unlikely pairing.

Watch the entire attribute below: