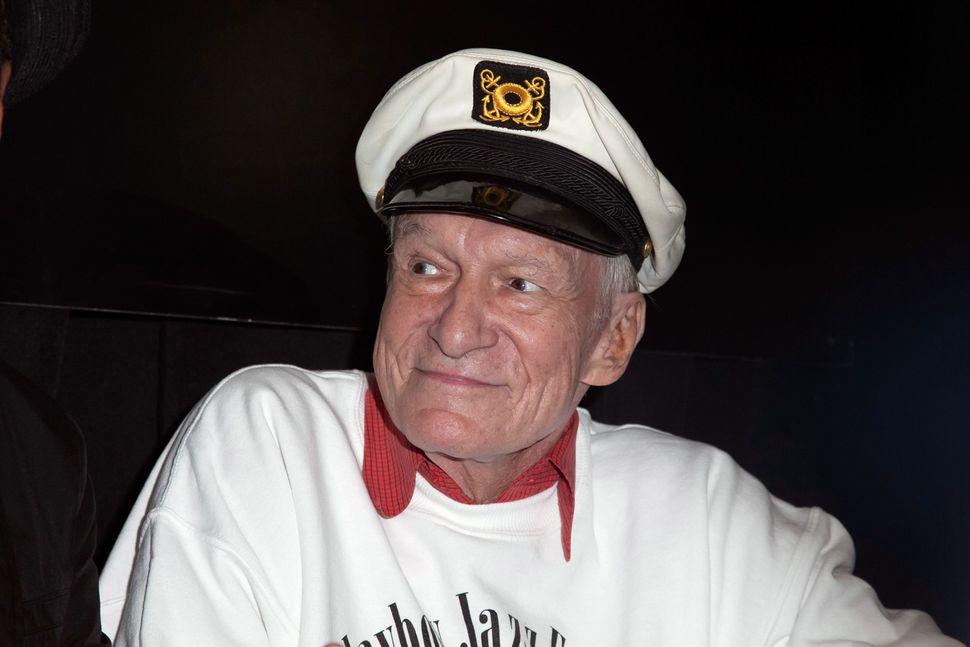 Hugh Hefner’s body is not yet cold in the ground but that doesn’t bother Hollywood — less than a week after the playboy Peter Pan was announced dead, the Hollywood Reporter reports that Jewish director Brett Ratner is already beginning to cast a biopic of his life.

In the days following Hefner’s death, the Great American Media issued many tributes to his life, most full of adulation but not all. Indeed Hefner, more so than most recently deceased legends, was made to posthumously answer for the legacy he left behind. Frank accounts of Hefner (perhaps most notably, this one) painted him as an enemy to progress, a man responsible not for contributing to a culture in which women are equal agents but rather for modernizing the misogyny already in place, making it more palatable to the men (and, yes, women!) in need of a new vocabulary for their outdated, oppressive beliefs about what it means for women to claim sexual identities.

It’s almost certainly too much to hope that Ratner, whose past directorial work includes “X-Men: The Last Stand” and Mariah Carey’s “Heartbreaker” music video, will adequately depict how Hugh Hefner exploited young women to build an empire from which he then sold a fool’s gold version of sexual liberation.

Instead, it’s likely that Ratner, who enjoyed a personal friendship with Hefner, will tell the story of a benevolent, intrepid, totally desirable entrepreneur who definitely didn’t have an unhealthy relationship with sex and intimacy and whose decision to spend his 91 years surrounded by a rotating cast of young, financially dependent blondes was a normal and happy life path.

At the very least, may the cinematography reflect the aesthetic quality of Ratner’s previous genius: