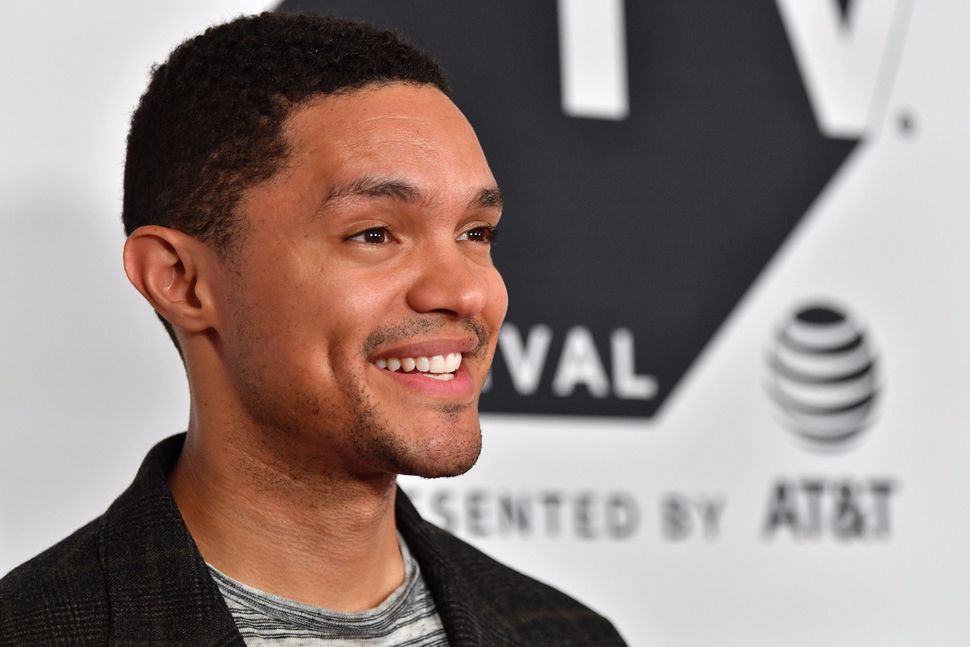 Another day in America, another mass shooting, another Trevor Noah clip in which the comedian interviews a Democrat about why one person shouldn’t be allowed to buy an automatic rifle that is built specifically to kill many, many people from far away in very little time.

Tuesday evening, Noah had Connecticut Democrat Jim Himes on his show for the same conversation we’ve heard approximately 100 times. Himes is an outspoken advocate of gun control. Following the shooting in Las Vegas, he tweeted:

Now we’re obsessing over whether the NV carnage was “terrorism”. If we decide it is, we’ll mobilize untold resources. If not, nothing.

In his conversation with Noah, Himes derides the government’s penchant for “moments of silence” following mass shootings, saying that “the drumbeat of that impotence and that silence … makes my head want to explode.”

Because this is America and many citizens have an almost animalistic reaction to the prospect of somebody entering their homes and ripping their beloved guns from their hands, Himes was careful to say that “he doesn’t want to take anybody’s guns away” and, in fact, “likes” them. Just, you know, not the kind that allows you to shoot 500 people in seven minutes!

You can watch the full video below: