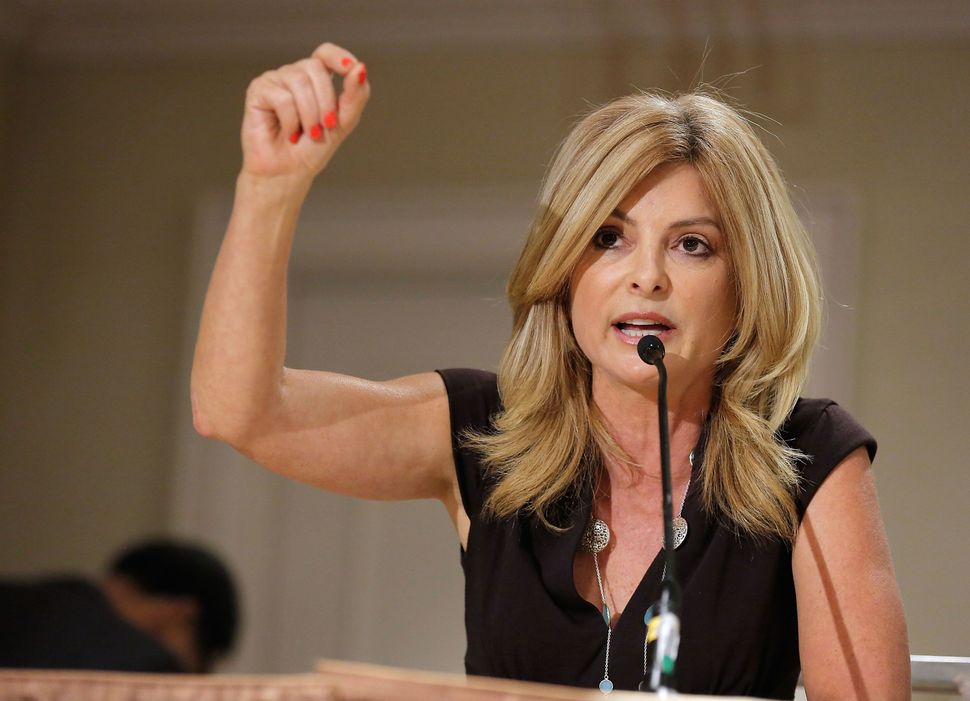 Thursday afternoon, the New York Times published an investigative report detailing the decades of sexual assault allegations that have been directed towards powerful Hollywood executive, Harvey Weinstein. The piece was published following a week of media hype surrounding it, including reports that Weinstein had assembled a crack team of lawyers in anticipation of expected blowback.

The piece itself is shocking insofar as reading about powerful men who have spent their long careers exploiting less powerful female colleagues with little to no consequence is shocking – which is to say, not at all. What is shocking, however, is the lawyer who will be weathering the storm of reckoning by his side.

Up to this point, Lisa Bloom has not fallen far from the tree of her famous mother, lawyer Gloria Allred. Like Allred, Bloom has spent her career prosecuting men accused of sexual assault on behalf of their female victims. She has been credited with bringing down Bill O’Reilly and counts among her clients Janice Dickinson, Mischa Barton, and, most recently, Blac Chyna.

So why has Lisa Bloom chosen to represent Harvey Weinstein, the man who symbolizes everything she has spent her career fighting to overthrow? And what does crossing enemy lines mean for her future and her legacy?

Allie Jones asked this question in a brief piece for The Cut Thursday morning. Her theory is that the decision is based on a prior business relationship between Bloom and Weinstein — specifically, his production company’s optioning of her book, “Suspicion Nation: The Inside Story of the Trayvon Martin Injustice and Why We Continue to Repeat It.”

But unflattering rumors about Weinstein have been swirling for years and Jones notes that Bloom’s book wasn’t exactly starved for offers. It likely would not have been a big sacrifice for Bloom to have gone with a different production company.

There is, of course, the possibility that Bloom believes Weinstein is innocent — but this would be hard to believe. Bloom knows that multiple accusations from multiple women over many years usually points to a guilty party. She understands the compulsion to quietly take a cash settlement instead of endure years of litigation that will more likely than not fail you even as it subjects you to public humiliation and a potentially damaged career. She, more than most, is familiar with the way powerful men use their authority to coerce and manipulate young women.

I don’t believe Lisa Bloom thinks Harvey Weinstein is innocent. She has as good as said this herself in a statement she released Thursday afternoon.

“As a women’s rights advocate, I have been blunt with Harvey and he has listened to me,” writes Bloom. “He is reading books and going to therapy. He is an old dinosaur learning new ways.”

It is convenient that after three decades over which dozens of women have accused Weinstein of sexual harassment and assault, he has waited until now to confront his behavior. But Bloom’s most enlightening piece of information comes at the end of her statement.

“He has been working on a major foundation with USC with one of the largest grants for female directors, which started well over a year ago,” writes Bloom. “And as we work together on a project bringing my book to the screen, he is always been respectful toward me.”

Harvey Weinstein has always been a beacon of the same liberal values Bloom proudly espouses. His grants for female directors and commitment to bringing the realities of racial injustice to the big screen are only a drop in the bucket of the liberal causes he supports. He has raised money for poverty, AIDS, and juvenile diabetes. He is a supporter of the Democratic Party. He believes in gun control and universal health care. Weinstein is, indisputably, a Good Liberal. Is this why Bloom excuses him in a way she did not excuse Bill O’Reilly, the man whose defeat has defined her career?

If so, Bloom has underestimated the cost of that decision. Weinstein may have no problem with two men marrying one another. He may have supported Hillary Clinton. But he is no different than Bill O’Reilly when it comes to the belief that when men accrue power and wealth, they also gain the right to deny women’s agency, humanity, equality, and right to sexual choice.

And until Bloom reckons with this fact, she can’t claim to be a champion for anyone.