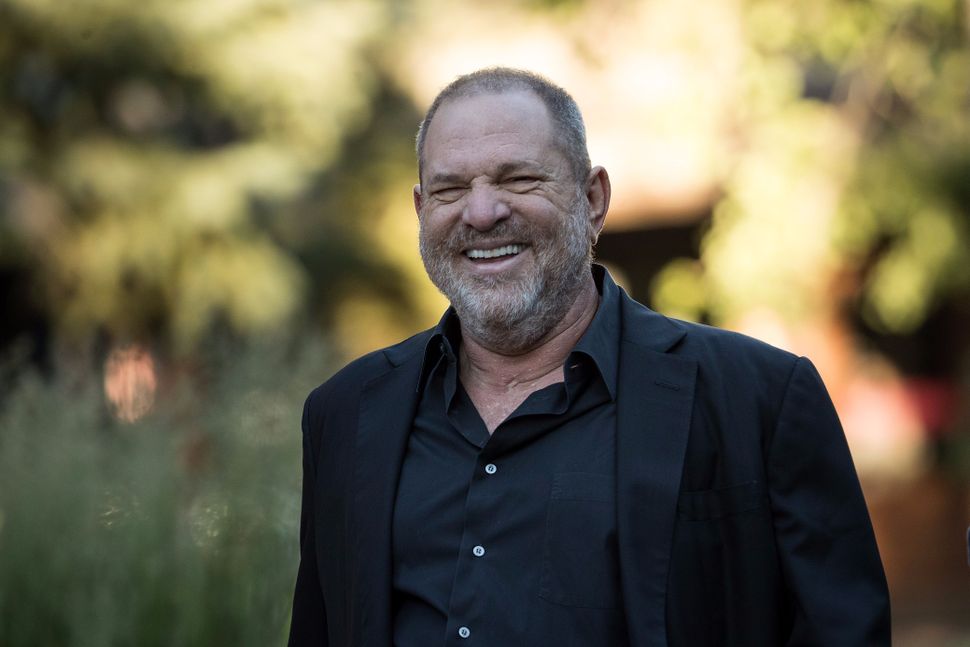 Workplace culture was very different in the 60s and 70s. I should know — I watched all seven seasons of “Mad Men.” Back then, women didn’t have it so great. Butt-grabbing and boob-grabbing and shoulder-massaging and lewd jokes about your body was just part of the day to day. Powerful men didn’t have to ask — but if they were nice enough to give you a choice, you’d better make the right one, or risk losing your job.

Sexual harassment wasn’t sexual harassment so much as it was men being men, boys being boys, the natural dynamic between a powerful man and his powerless secretary. The best a woman could hope for was to keep her head down and push on despite it all. Many were successful at this. Many were not.

This was the culture in which Harvey Weinstein came up. An explosive New York Times report that puts Weinstein at the center of several decades of sexual harassment accusations was released Thursday afternoon, forcing Weinstein to put out his own statement about the allegations.

“I came of age in the 60s and 70s when all the rules about behavior in workplaces were different. That was the culture then. I have learned since it’s not an excuse, in the office — or outside of it. I realized some time ago that I needed to be a better person and my interactions with people I work with have changed. I appreciate the way I’ve behaved with colleagues in the past has caused a lot of pain and I apologize for it.”

His attorney, Lisa Bloom, reiterated this narrative of repentance and healing. In her own statement, she wrote:

“As a women’s rights advocates, I have been blunt with Harvey and he has listened to me. I have told him the times have changed, it is 2017, and he needs to evolve to a higher standard … He has acknowledged mistakes he has made. He is reading books and going to therapy. He is an old dinosaur learning new ways.”

But more than anything, I hope that Harvey Weinstein loses his job and his company and his power.

Because we aren’t there yet. Times have not entirely changed. Old dinosaurs still roam the hallways of many workplaces. Often, they’re the most powerful ones there. They cling fast to the way things used to be, doing what they can to make sure that’s the way things still are — even if they have to do it quietly, with less fanfare than they might have once upon a time.

Young men and women who are starting their own careers watch these old dinosaurs and they learn from them. They learn what is okay and what is not and, most importantly, what you can and can’t get away with on the job.

And when one of these old dinosaurs is publicly indicted, the others notice. They watch to see what will happen to their brethren — will he be punished? Will anything change? Or will this be a headline for a couple of weeks, eventually forgotten about in the wake of some fresh controversy while the man in question quietly resumes his old life?

Here is how we create a workplace culture that is safe for women — we show powerful men that there are consequences for their actions. We remove them from positions of power where their behavior might be emulated by younger men, creating yet another generation of powerful men who believe a woman’s agency is less important than their moment-to-moment desires. We ostracize them, we refuse to let them use their money to make it all go away, and we stand vocally with those who are still paying the price for “the way things used to be.”