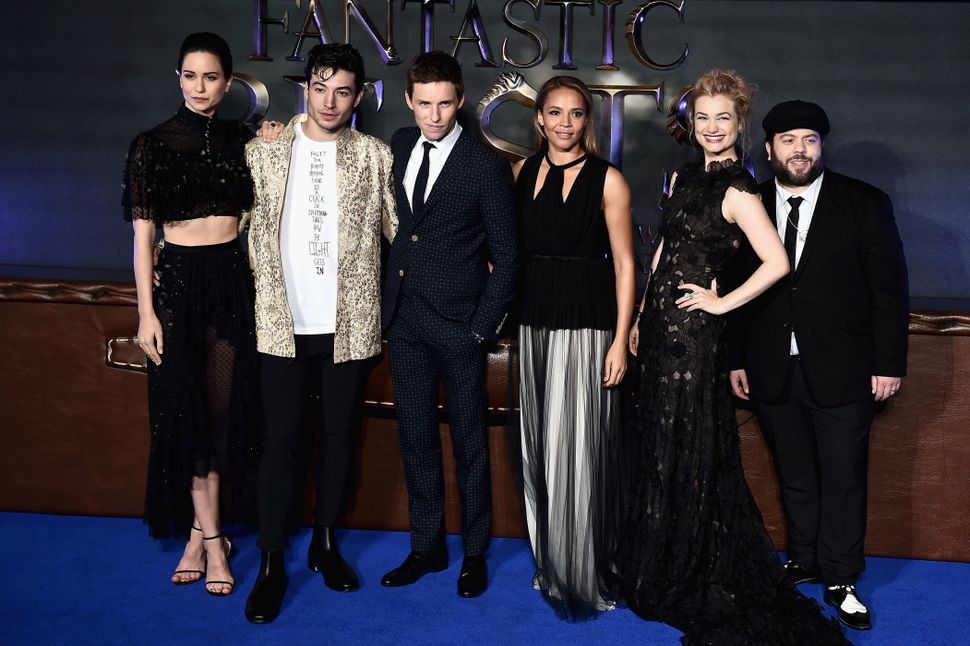 It’s as if Hogwarts’ sole confirmed Jewish wizard Anthony Goldstein opened a vanishing cabinet somewhere — Jewish actors and characters are streaming into the new “Harry Potter” spinoff movie faster than you can say “it pretty much makes sense that not every single magical person in history celebrated Christmas.”

Casting announcements for the new “Fantastic Beasts And Where To Find Them” movie, the second in what will be a five-part (ugh) prequel to the “Harry Potter” stories were released today, and they are about as Jewish as a potato knish opening a confirmation speech with a reference to “Curb Your Enthusiasm.”

Recall that the first “Fantastic Beasts” movie, while mostly humorless and featuring a plot out of a 4th grader’s creative writing notebook, followed the story of sisters Tina and Queenie Goldstein, two turn-of-the-century New York Jewesses living in a cutesy tenement. The sisters befriend Jacob Kowalski, played by Jewish actor Dan Fogler (not coincidentally one of the movie’s only watchable characters,) who acted alongside the extremely Jew-y and unbearably Jewish Ezra Miller and Ron Perlman.

If it had just been the two Goldstein sisters and three Jewish actors, dayeinu. But casting announcements for the upcoming movie today reveal that familiar “Potter” character Nicolas Flamel will be played by Brontis Jodorowsky, a Chilean actor with a Jewish heritage. Zoe Kravitz, a Jewish star whose presence was teased in the first movie in a mysterious photograph, will play Leta Lestrange. And new “Beasts” actors Wolf Roth and Cornell S John are not Jewish. But their character names are “Speilman” and “Arnold Guzman,” so…you do the math.

Jew Law, I mean Jude Law, is involved too, playing a young Albus Dumbledore. But let’s not get too carried away.