Ivanka Trump Might Be The First Jewish President, According To Her Mom 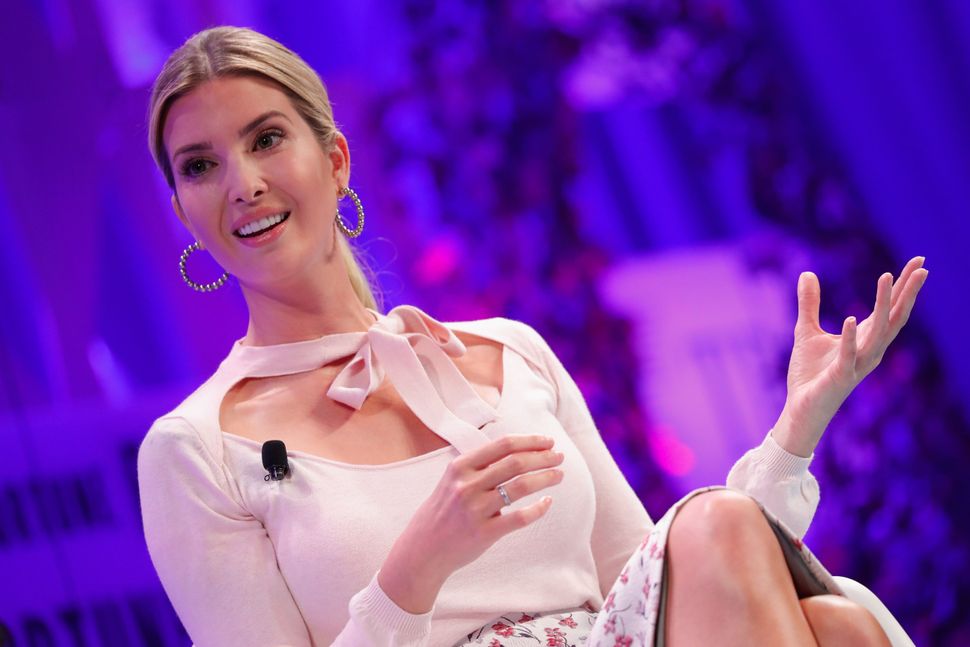 I, personally, am too fragile to even consider the prospect of another Trump presidency. The very idea of it makes me want to prick my finger on a spinning wheel, pass out in the nearest glass coffin, and sleep for 100 years until I am awakened by true love’s kiss. I believe that, immediately following Donald Trump’s exit from the White House, we should instate a federal law that requires all presidential candidates to publicly appear on “Finding Your Roots” so that Henry Louis Gates Jr. can make sure he or she is not Donald Trump’s cousin.

This is why Ivana Trump’s prediction in her new memoir “Raising Trump” that her daughter, Ivanka, might be the first Jewish (and female) president is positively triggering.

The excerpt, published in Time, reads (my bold, not hers):

“I think Ivanka played a big part in Donald’s victory. Voters looked at her and thought, I like her. I trust her. She loves her father, so he can’t be that bad. Who knows? One day, she might be the first female — and Jewish — POTUS.”

The first Trump wife has been making the media rounds lately, promoting her new book and stirring up trouble with the POTUS’ third wife, Melania.

The excerpt in Time depicts an Ivana who believes that not only are her children the bees’ knees but that we can thank her for how they turned out.

“I raised them right and they turned out fabulous,” she writes. “It seems simple.”

As simple as that. May we all have the confidence of mediocre white men and their first wives. And may we not vote Ivanka Trump into the American presidency — ever.

Ivanka Trump Might Be The First Jewish President, According To Her Mom