If Harvey Weinstein Had Followed Mike Pence’s One Simple Rule… 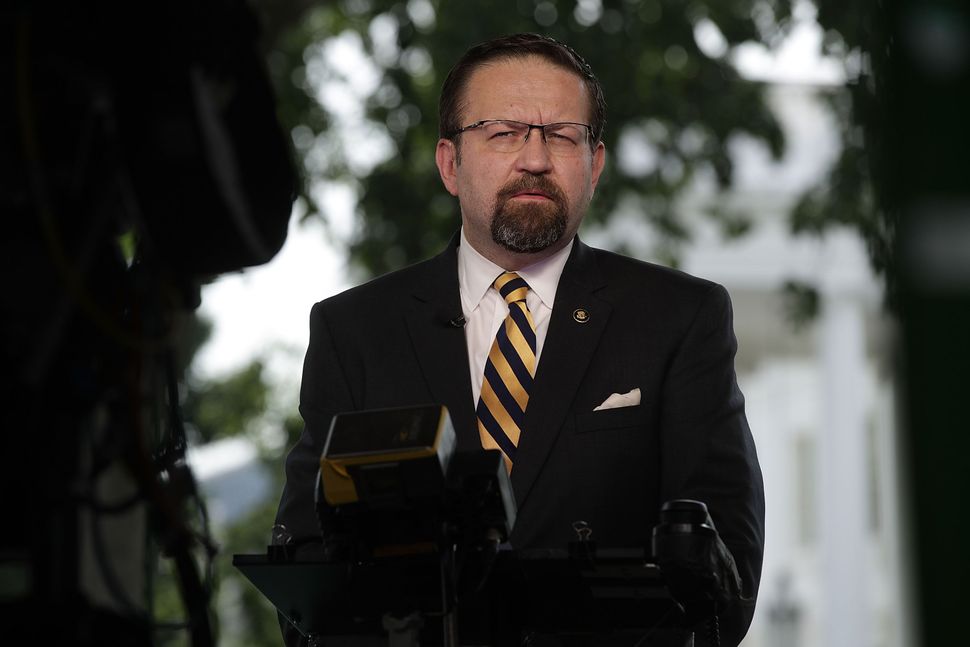 Oh, the trials and tribulations of being a heterosexual male in the modern day workplace! The 21st century office can be a harrowing place for a man who is now expected to bear full responsibility for knowing when is an appropriate time to discuss work and when is an appropriate time to whip out his erection and invite Samantha from Accounts to do with it what she will.

Now more than ever, men need a reliable plan to ensure they do not sexually harass their female coworkers. Without one, a man is liable to end up making the very honest mistake of asking dozens of women with whom he is in a professional relationship to watch him shower.

Weinstein’s downfall is the great Greek tragedy of our time but, according to Sebastian Gorka, it didn’t have to be this way — if only Harvey Weinstein had followed Vice President Mike Pence’s one simple rule of refusing to eat alone with a woman who is not his wife: 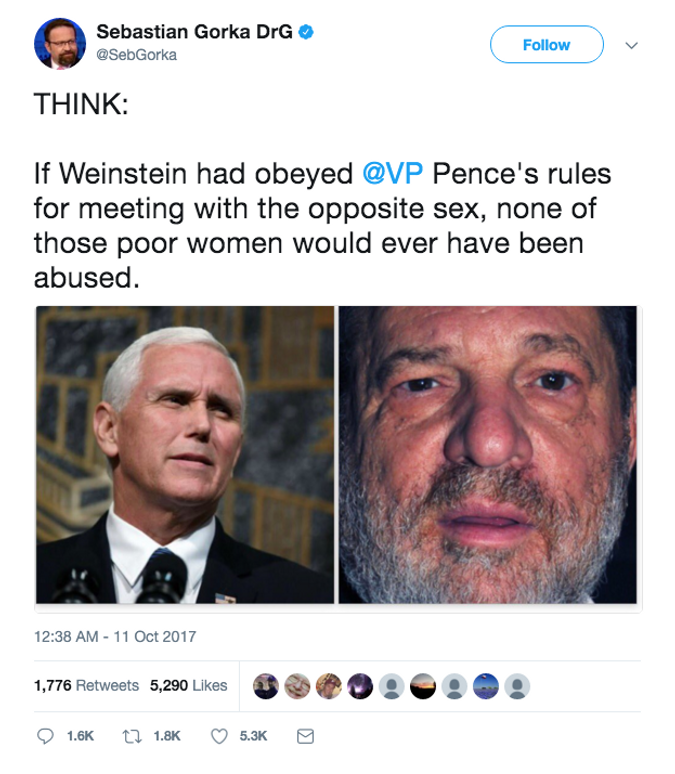 Aren’t we lucky to live in a country where there are men like Sebastian Gorka to remind us there are lessons to be learned in the wake of a national tragedy? As a woman, I already feel safer.

If Harvey Weinstein Had Followed Mike Pence’s One Simple Rule…