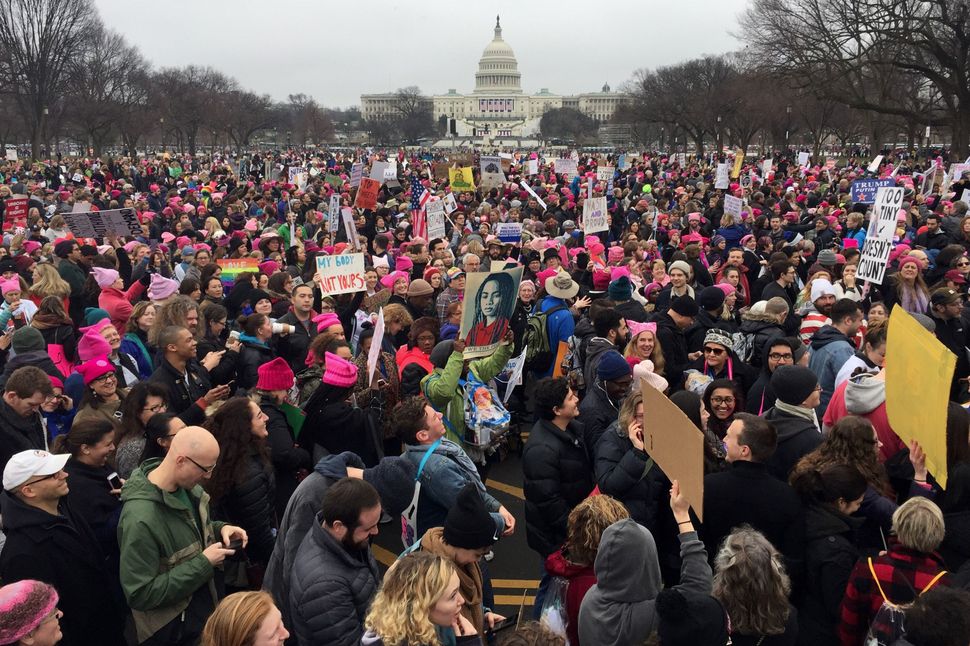 Well, that didn’t take long! A petition to replace Bernie Sanders as opening speaker for the Women’s Convention in Detroit this October is already gaining traction on change.org.

The Women’s Convention, organized by the founders of January’s Women’s March, announced Thursday morning that Sanders had been selected to open up the conference — and the outcry was swift.

The petition, created by Amanda Hambrick Ashcraft, an ordained Alliance of Baptist Minister and mother of three, requests that Sanders be replaced by a “female–identifying person.” The petition reads:

“Optics are extremely important. The Women’s Convention, in her goal of empowering and putting the voices of women on the front lines, should lead by example and have a woman open the convention.  The individual who kicks off an event often becomes the “face” of the event. It is only right to have a woman’s face for the Women’s Conference.  Having a man’s face only continues the invisible presence, work, and voices of women.”

“I would love to see Senator Mazie Hirono, Senator from Hawaii, or Maxine Waters, who coined the Convention’s theme, open the Convention, and get the headline for doing so,” wrote Ashcraft in an email.

Although Sanders’ politics have been personally attacked by many of those who oppose his position as opening speaker, the petition makes it clear that it is not against Sanders as an ally to the cause or even as a speaker at the conference — it is simply requesting that the honor of opening the conference go to a woman.

“I believe his voice is crucial and clearly welcome at the Convention and in this movement, but he should not be the face the Women’s March is attaching to their opening night,” wrote Ashcraft.

At time of publication, the petition was approaching 200 signatures.