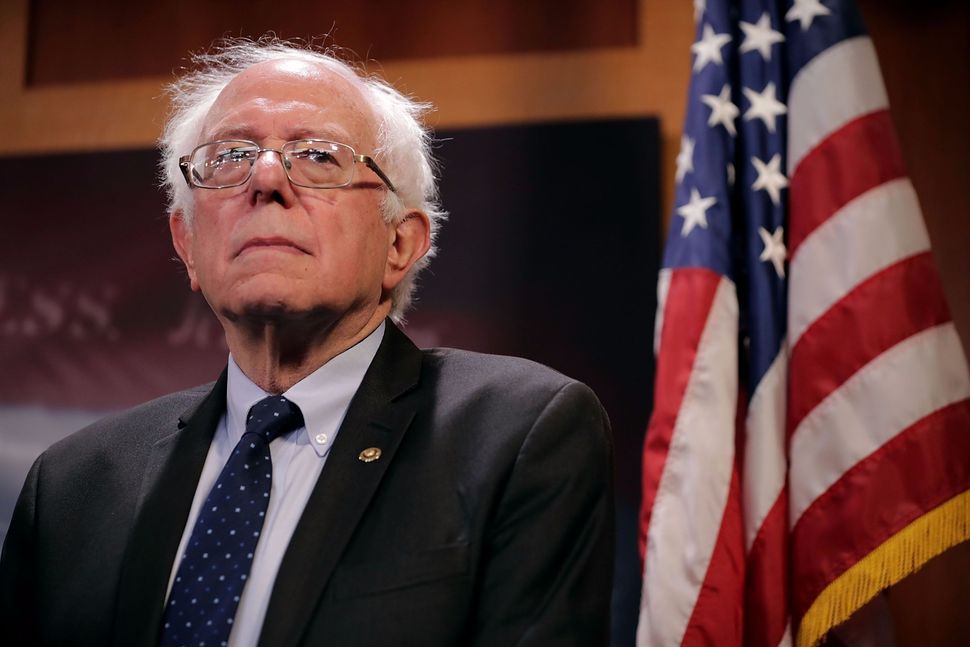 When the official Woman’s March Twitter account shared a USA Today article Thursday morning titled “Bernie Sanders to deliver opening-night speech at Women’s Convention,” there was a swift and immediate backlash. Many women were dismayed that a man would be the face of the follow-up conference to January’s Woman’s March. A petition was quickly drawn up and shared on change.org in an effort to get the Women’s Convention to appoint a new opening speaker.

Tamika Mallory, the Woman’s March cofounder who is quoted in the above article (which has been edited to include her clarifying remarks), responded to the criticism in a series of tweets posted Thursday. She criticized the mainstream media for failing to have paid attention to the announcement of Maxine Waters as the headliner for the convention. 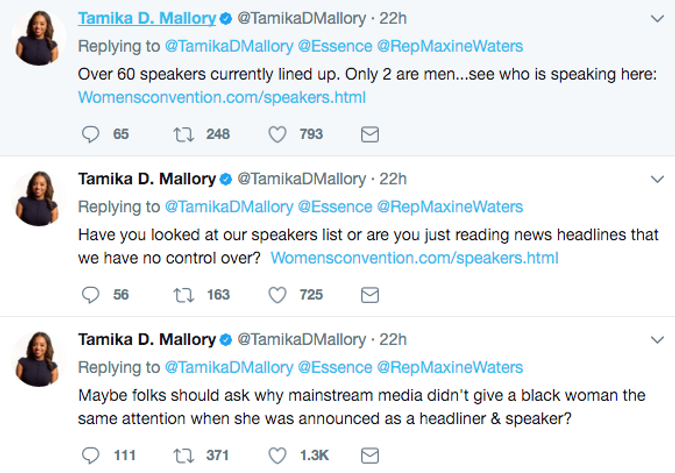 Mallory said Sanders is just one among many keynote speakers. The organizers of the Women’s Convention released a joint statement regarding the criticism:

The #WomensConvention will open Friday morning with remarks from a number of inspiring women leaders. Please read and share our statement. pic.twitter.com/OlFX5Zi8Q2

Amanda Hambrick Ashcraft, the creator of the petition to remove Sanders from the position of opening speaker, wrote in an email that, “I have always known, celebrated and liked the fact that Maxine Waters is headlining and is responsible for the Convention theme. While I can’t speak for all white women and will never pretend to, I personally celebrated on social media Maxine, and continue to do so. My petition speaks to the optics of Bernie Sanders, a white male, OPENING the convention.”

“I am still disappointed in the Women’s March Instagram and Facebook pages for posting that article, which says ‘Bernie Sanders to deliver opening night speech at Women’s Conference’ with a picture of Sanders,” wrote Ashcraft. “These are the optics that are disappointing to me — a woman’s face and name is absent as an opener. My question in response is, why wasn’t one of the other opening speakers (a woman) pictured and cited? This is a question for the USA Today, yes, but in this conversation, it is to the Women’s March — they did not have to repost the USA Today article, and it is still on their site.”

Ashcraft wrote that she intends to take down the petition, which currently has over 700 signees, when and if it is made clear that Sanders will not actually be opening the conference. In the meantime, she intends to send an update to those who signed with Mallory’s statements.