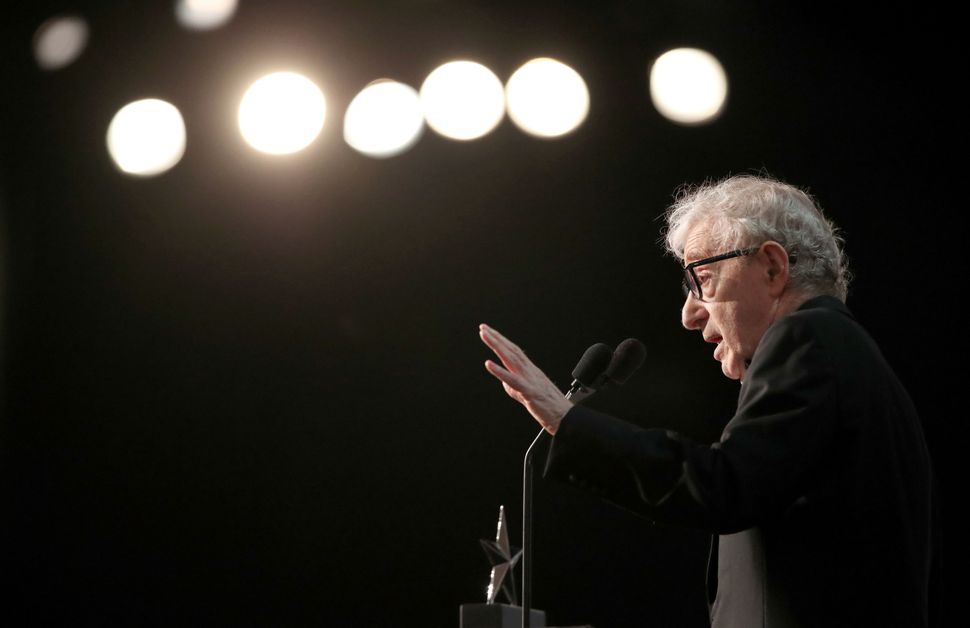 The episode of Hulu’s “Difficult People” in which Julie Klausner betrays her own moral compass by accepting a role in a Woody Allen film came true on Twitter this past weekend. Actor Griffin Newman tweeted that he would be donating the money he earned by acting in an as yet untitled Woody Allen movie to charity because he “believes he is guilty.” 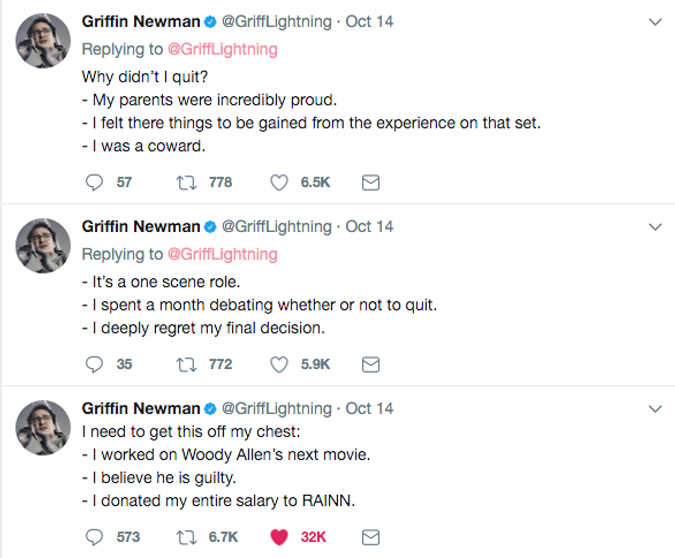 Newman is referring to the 2014 New York Times open letter Dylan Farrow published accusing Allen of molesting her as a child. Allen has fervently denied those charges.

The announcement follows a week in which many actresses are coming forward to accuse Harvey Weinstein of sexual assault or harassment, resulting in a dialogue across Hollywood and the Internet about complicity, silence, and the need to, as Newman wrote, stop “professionally operating from a place of fear.”

Newman has since announced that he will be taking a break from Twitter due to receiving criticism on both sides.