Rabbi Swiped Right On Tinder — And Found His Bashert 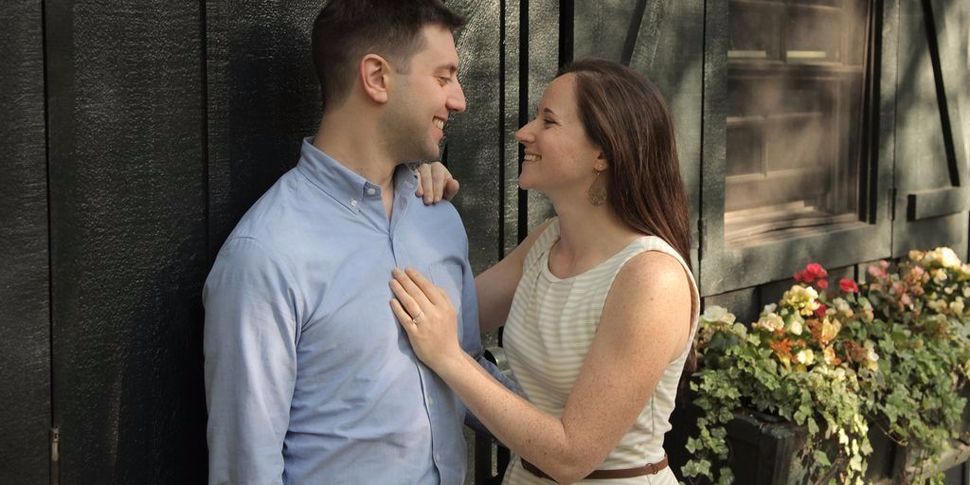 Image by The Knot/Avital Zipper and Andrew Scheer

Scheer had seen Zipper’s picture pop up on Tinder. He looked her up on Facebook, but then when he returned to Tinder to swipe right, she was gone. So he messaged her on Facebook, explaining the slightly awkward 21st-century mishap, and asked her out for a drink.

“The girls I was meeting were lovely, but they were expecting a doctor or lawyer,” he told the Times. “Being a rabbi really impeded my dating life.”

Zipper found his occupation interesting. “He didn’t look like the rabbis I grew up with,” she said. “When he told me what he did, it was unexpected, but it didn’t freak me out. He’s not that random banker or millennial worker who’s doing his own thing.”

The rest is history.

The two were married September 10 at Cedarhurst’s Temple Beth El.

Rabbi Swiped Right On Tinder — And Found His Bashert