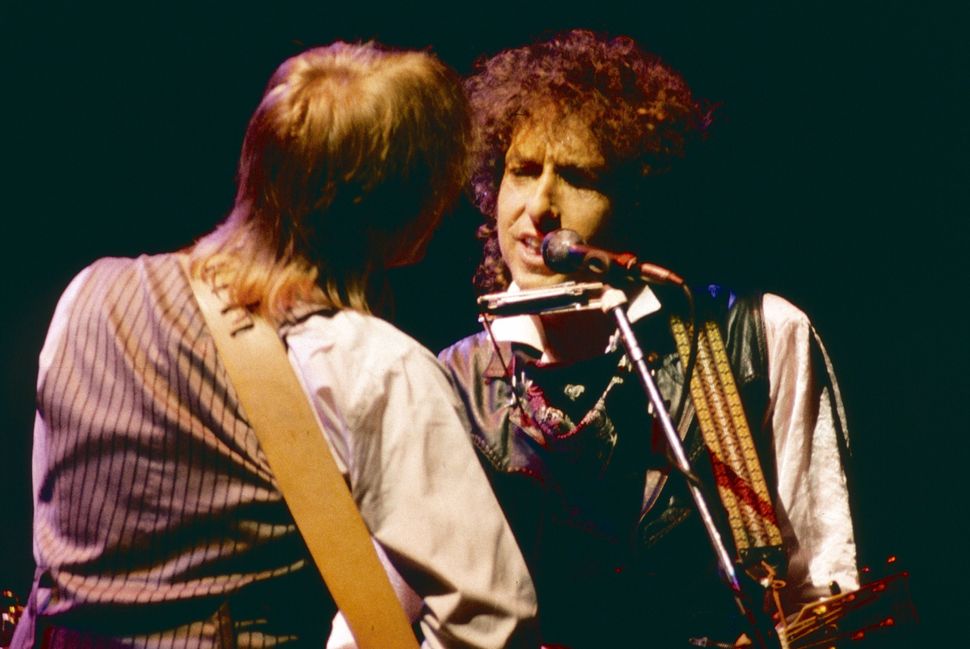 Petty and Dylan together in concert in 1986. Image by Getty Images

“Well the good ‘ole days may not return,” sang Bob Dylan last night in a tribute to his longtime friend Tom Petty. “The rocks might melt and the sea might burn.” Honoring his friend and fellow member of the musical supergroup The Traveling Wilburys this weekend at his concert in Colorado, Dylan performed Petty’s song “Learning To Fly”. Dylan previously said of his friend’s death, “It’s shocking, crushing news. I thought the world of Tom. He was a great performer, full of the light, a friend, and I’ll never forget him.”

Tom Petty, known as a solo artist, songwriter, and lead singer of Tom Petty and the Heartbreakers, died on October 2nd. He would have turned 67 last Friday. Petty and Dylan formed The Traveling Wilburys in 1988 along with George Harrison, Jeff Lynne, and Roy Orbison.