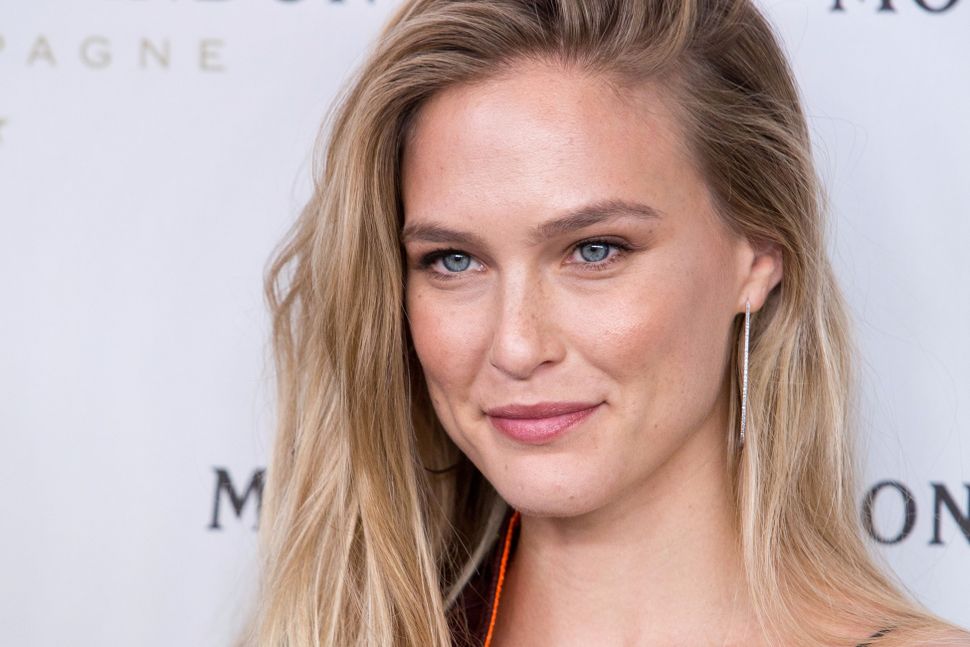 Israeli supermodel Bar Rafaeli and heir to a family food fortune Adi Ezra welcomed their second daughter, Elle Ezra, over the weekend. (This sentence actually comes from a rare Isaac Bashevis Singer manuscript for a futuristic novel that was discovered in a time capsule recently.)

I mean, come on. Look at these Jews!

The inimitable Rafaeli, long free from the clutches of that un-kosher floozy Leonardo DiCaprio, already has a one year-old daughter, Liv, with Ezra. The 32 year-old gave birth to Elle on Friday night at Tel Aviv Medical Center. “Our hearts are full of love right now, as I am excited to announce I am a mom of two,” Rafaeli said in a statement through a representative. Rafaeli married Ezra in 2015, saying she hoped to create “a big Jewish family” with him.

Elle. Is that as in “Elle Woods” or as in “El-Shadai”? We have high hopes for her either way. Mazal tov, Bar, Adi, Liv, and Elle!