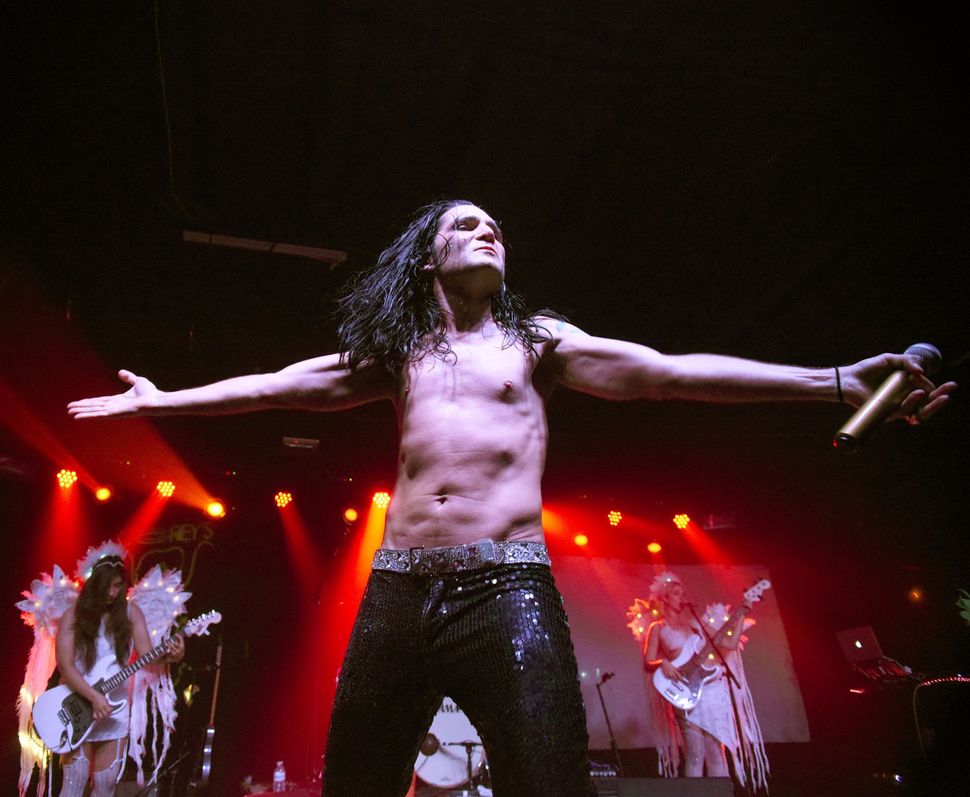 The fundraising tour for Corey Feldman’s feature film about pedophilia in Hollywood has begun.

The former child star sat down for separate interviews Monday morning with Matt Lauer and Megan Kelly, respectively. In both interviews, Feldman talked about the prevalence of pedophilia in Hollywood and his desire to make a feature-length film that will tell the true story of his own experience with molestation as a child actor in the 80s.

The interviews follow the Indiegogo campaign that Feldman launched on Wednesday. The campaign aims to raise $10 million for the film and features a YouTube video of Feldman issuing a warning about the dangers of child molestation in Hollywood.

“This is much bigger than raising finance for a film, this is about the balance of Good and Evil in very real terms,” reads the description of “The Truth Campaign.” “Ever since Corey announced he was working on a plan to come forward with more information, he has been arrested, had a near death event, and his band quit with no explanation other than saying they were afraid to continue.”

Both Lauer and Kelly pushed back against Feldman, asking him repeatedly why he was waiting to release the names. Feldman claims that he is afraid for both his physical and legal well-being.

“Someone tried to kill me the other day. I have been arrested. This is no joke. I am fearing for my life,” Feldman said to Kelly. “I had two trucks come speeding towards me on the highway at the same time. I was with six other people. I have many witnesses to this. I’m not saying they were trying to kill Corey Feldman but they were definitely trying to kill a group of people walking across the street.”