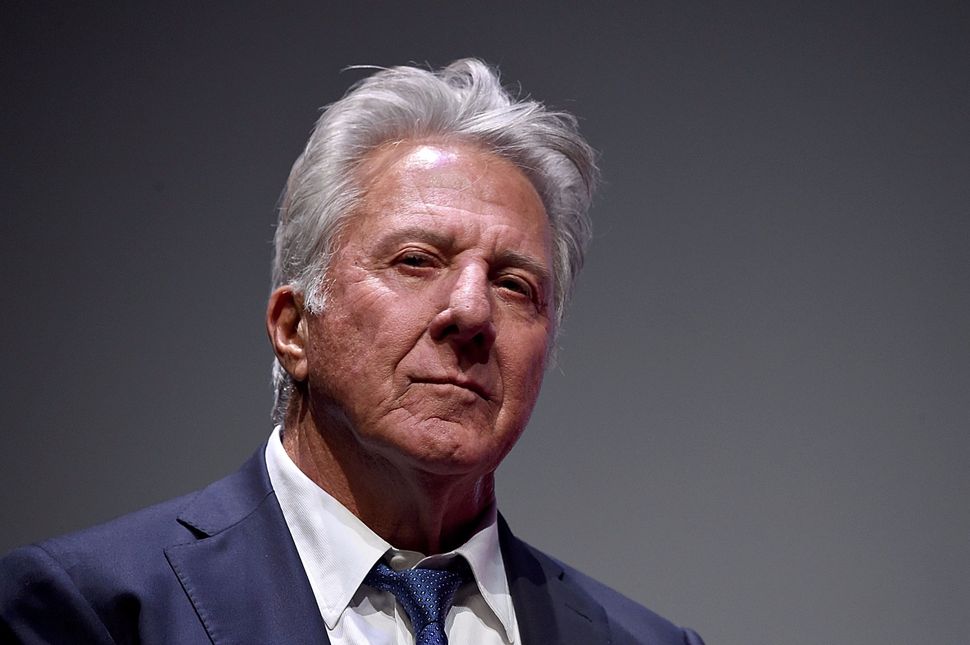 Another day, another deluge of victims coming forward to tell stories of abuse and harassment at the hands of powerful men in Hollywood.

Author Anna Graham Hunter penned a guest column for The Hollywood Reporter Wednesday morning in which she accused Dustin Hoffman of sexually harassing her while she was a high school intern on the set of “Death of a Salesman.”

“One morning I went to his dressing room to take his breakfast order,” Hunter wrote. “He looked at me and grinned, taking his time. Then he said, ‘I’ll have a hard-boiled egg … and a soft-boiled clitoris.’ His entourage burst out laughing. I left, speechless. Then I went to the bathroom and cried.”

Hunter goes on to detail five weeks of inappropriate sexual comments, physical violations, and requests for foot massages. She acknowledges that she liked Hoffman, which complicated the situation and, in fact, complicates the same situation for many women.

“Whenever I talk about this, I sense that my listeners want a victim and a villain,” wrote Hunter. “And I wish my feelings were as clear as theirs. I would be more comfortable if I felt nothing but revulsion for a man who had power over me and abused it.”

Hoffman issued an apology Wednesday afternoon through a statement to the Associated Press.

“I have the utmost respect for women and feel terrible that anything I might have done could have put her in an uncomfortable situation,” said Hoffman. “I am sorry. It is not reflective of who I am.”