Will Smith Visited The Western Wall And Crashed A Bar Mitzvah 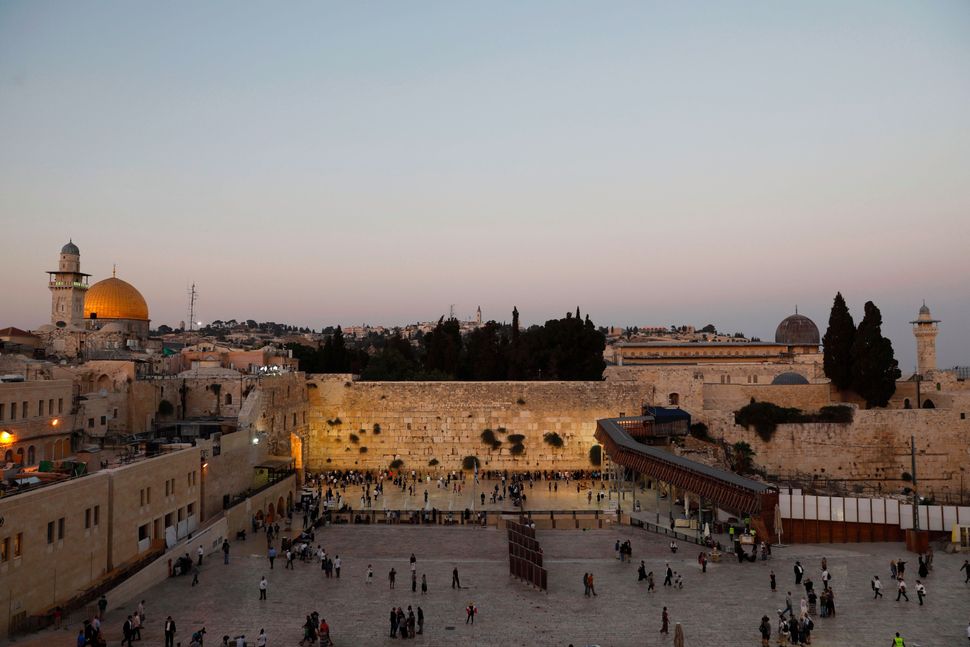 Art and life collided today when “Men In Black” star Will Smith visited Jerusalem, home of a very different kind of Men In Black, while filming Disney’s live-action “Aladdin” nearby in the Wadi Rum area in Jordan.

You don’t see this too often! Actor and musician #WillSmith at the Western Wall (Kotel) in #Israel ?? pic.twitter.com/wyz5nxVaLi

Smith, his wife the actress Jada Pinkett Smith, and a coterie of companions including Israeli tour guide Barnea Selavan toured Jerusalem’s Old City. They walked through the shuk and visited the Western Wall, where their presence disrupted 13 year-old Atir Cohen’s bar mitzvah.

“At first I didn’t know who it was,” Cohen told The Associated Press. Smith put a note in the cracks of the Wall and posed for a picture with the bar mitzvah boy.

Smith with his Israeli tour guide

Will Smith Visited The Western Wall And Crashed A Bar Mitzvah