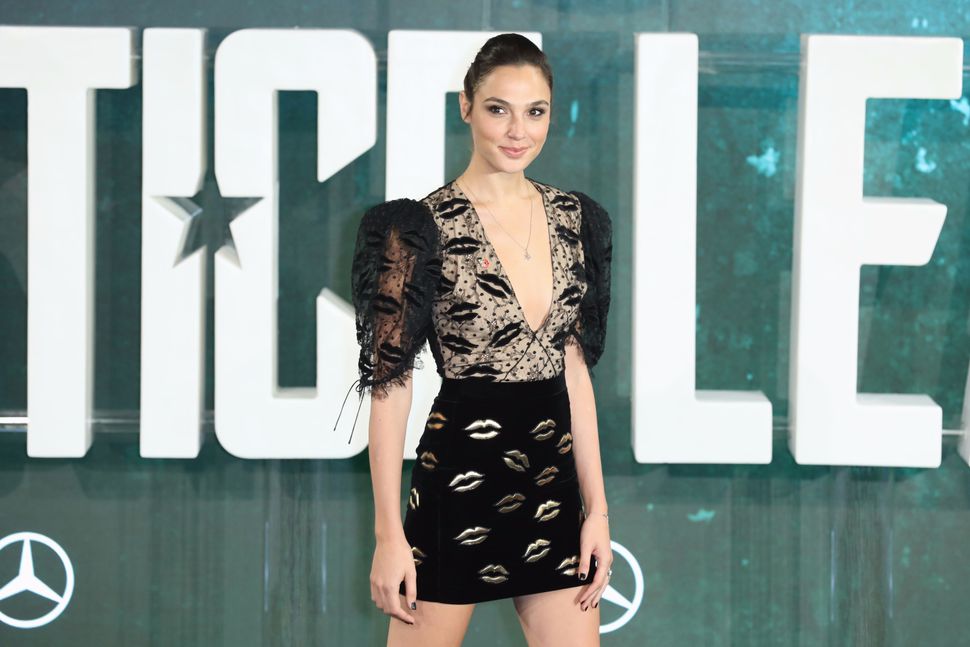 An assistant. A bucket. The human larynx.

This is how Gal Gadot handled her morning sickness while filming “Justice League” and doing reshoots of “Wonder Woman.” Read on if you have the stomach for another story about the approachable heroics of Gal Gadot, alias “Wonder Woman,” alias “Diana Prince,” alias the world’s sweetheart.

Doing press for the new “Justice League” film, Gadot appeared on “Live With Kelly and Ryan,” where she says during the early parts of the pregnancy “I felt so sick. I vomited everywhere.”

Gadot says she “didn’t say anything to anyone” at the beginning of her pregnancy, though she later realized that everyone knew. “I started to come to set with sunglasses because it’s all green screen and bright lights and hectic,” she told the hosts. “And then every cut I had to go and run and vomit somewhere. So I had an assistant with a bucket and she used to put other stuff in the bucket so people couldn’t see — instead of having a bag she had a bucket,” Gadot explained. She said,

And once I was so loud and I didn’t make it to the restroom in the trailer so I was vomiting and it was so loud — I’m so sorry, this is disgusting — and she went ‘Ah, ah, ah!’ (Gadot sings a series of high notes)

I assume this was meant to be an adorable story about the antics of a beloved actress who is no doubt also a wonderful mother. Rather, one may wonder in light of this story: Why is being a human woman so fraught with pain and suffering? Are scientists working at all to alleviate the weeks or months of nausea that afflict most pregnant women, or are they secretly reveling in it as part of a big conspiracy designed at the highest level of the patriarchy? Did Gal Gadot’s assistant sell those buckets of vomit on the internet?

We look forward to hearing the answers to these questions and more when Gadot does the press circuit for “Wonder Woman 2.”