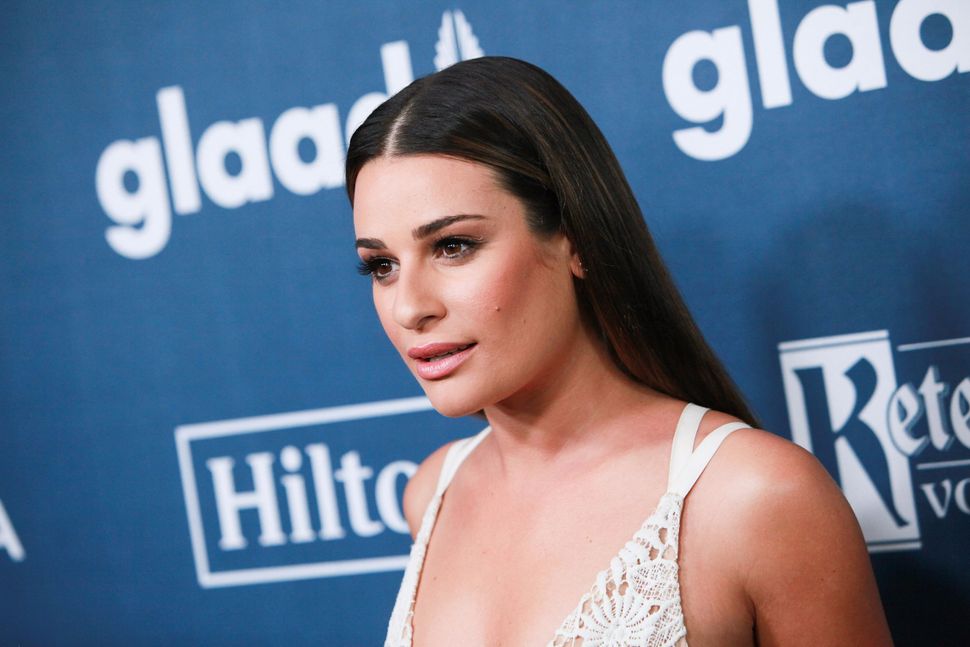 What would the TV show ‘Glee’ look like if it was made in 2017? Kumail Nanjiani might guest star as a rapper who remixes the Donald Trump Access Hollywood tape for his podcast. Maybe Kurt would develop a crush on Justin Trudeau and the whole gang would put on an gender-bent musical version of “Wonder Woman” to distract him. It is unlikely that a plot line would revolve around beloved character Noah Puckerman, as the actor who portrays him, Mark Salling, has recently pleaded guilty to child pornography charges.

Likely, the instrument-avoidant Fox dramedy would look remarkably similar today to the way it did when it was last on air, less than three years ago. Though the show and its very many covers of Lady Gaga songs is still warm in its grave, “Glee” star Lea Michele said on “Chelsea” this week that she is ready for its resurrection.

“I would do it in a heartbeat,” Michele told host Chelsea Handler.

In her defense, Michele started by saying, “It was just on the air, so everybody, like cool it,” but then added, “But with that being said, I would do it tomorrow.” The star, who currently stars on “The Mayor” playing a remarkably Rachel Berry-like character, added, “I loved playing Rachel Berry, I loved that cast, and it was so special, you know, what we did with bringing music into people’s homes.”

Oh, Lea! We want to mock, but of course we’d watch. If there’s anything you’ve taught us it’s to never, ever stop believin’.