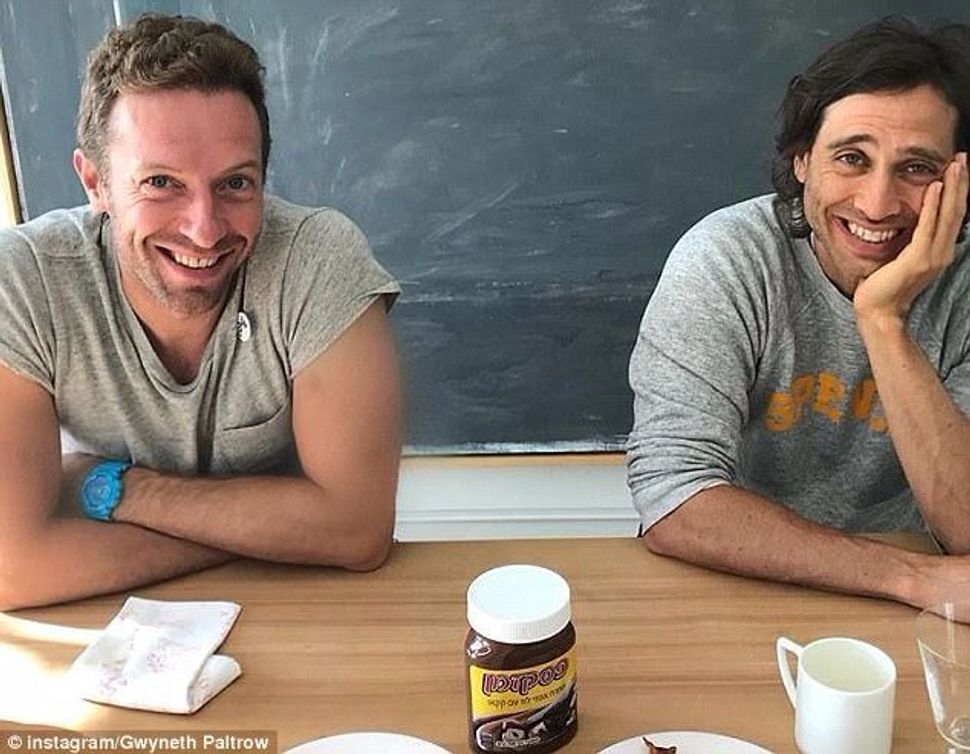 Paltrow’s father is Jewish and she’s mentioned in interviews how she grew up celebrating both Jewish and Christian holidays all her life. Her new fiancee is also Jewish, so Jewish in fact, that his mother is the head of the American Jewish womens’ organization, Hadassah.

Rumor had it that Gwyneth Paltrow was on a strict, no sugar diet when she was with her ex, Coldplay frontman Chris Martin. Now she seems to be easing up the restrictions a bit. Gwyneth posted this photo of her ex-husband and new fiance, Glee producer Brad Falchuk enjoying a Sunday brunch.

The nutrition facts on this exotic treat aren’t for the faint of heart, but if you’re doing bone broth detoxes (as advertised on Paltrow’s health and wellness site GOOP) all the time, it probably won’t hurt.

The Hebrew brand name literally translates to ‘the need for time out.’ Pesek Zman was launched in 1982 and quickly rose to prominence in the crowded Israeli chocolate market. Importing these bars into America for starving citizens isn’t cheap, though; one jar of Pesek Zman chocolate spread can cost anywhere from $10-$14 in a kosher supermarket.

Who doesn’t love shmearing what is essentially the contents of a melted chocolate bar on top of a croissant to stave off a Sunday hangover? Celebrities, they’re just like us!